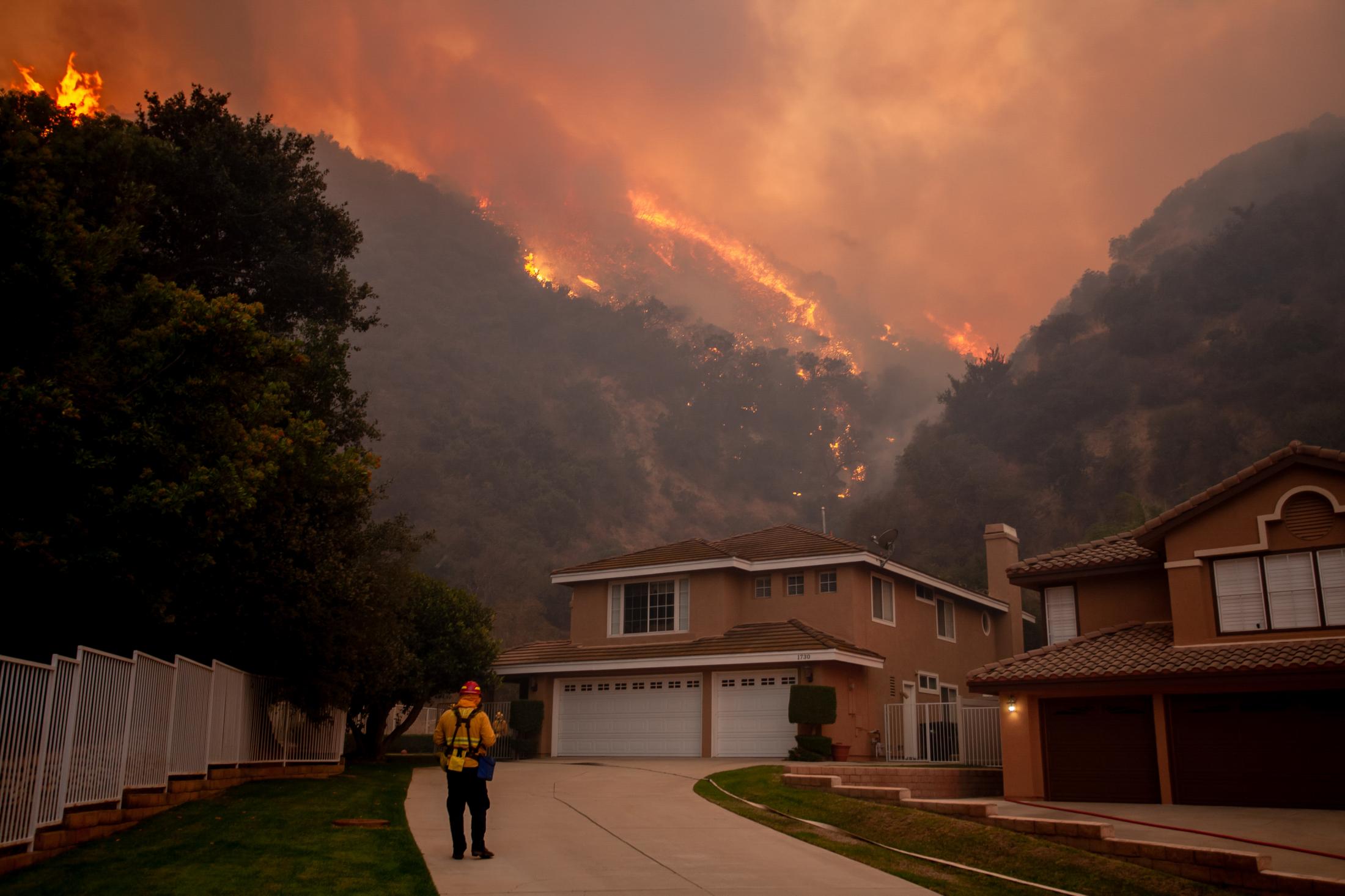 A firefighter moves towards a house that sits on the frontline of a wildfire. Fires move quickly, and as winds pick up, the flames can change directions in seconds. 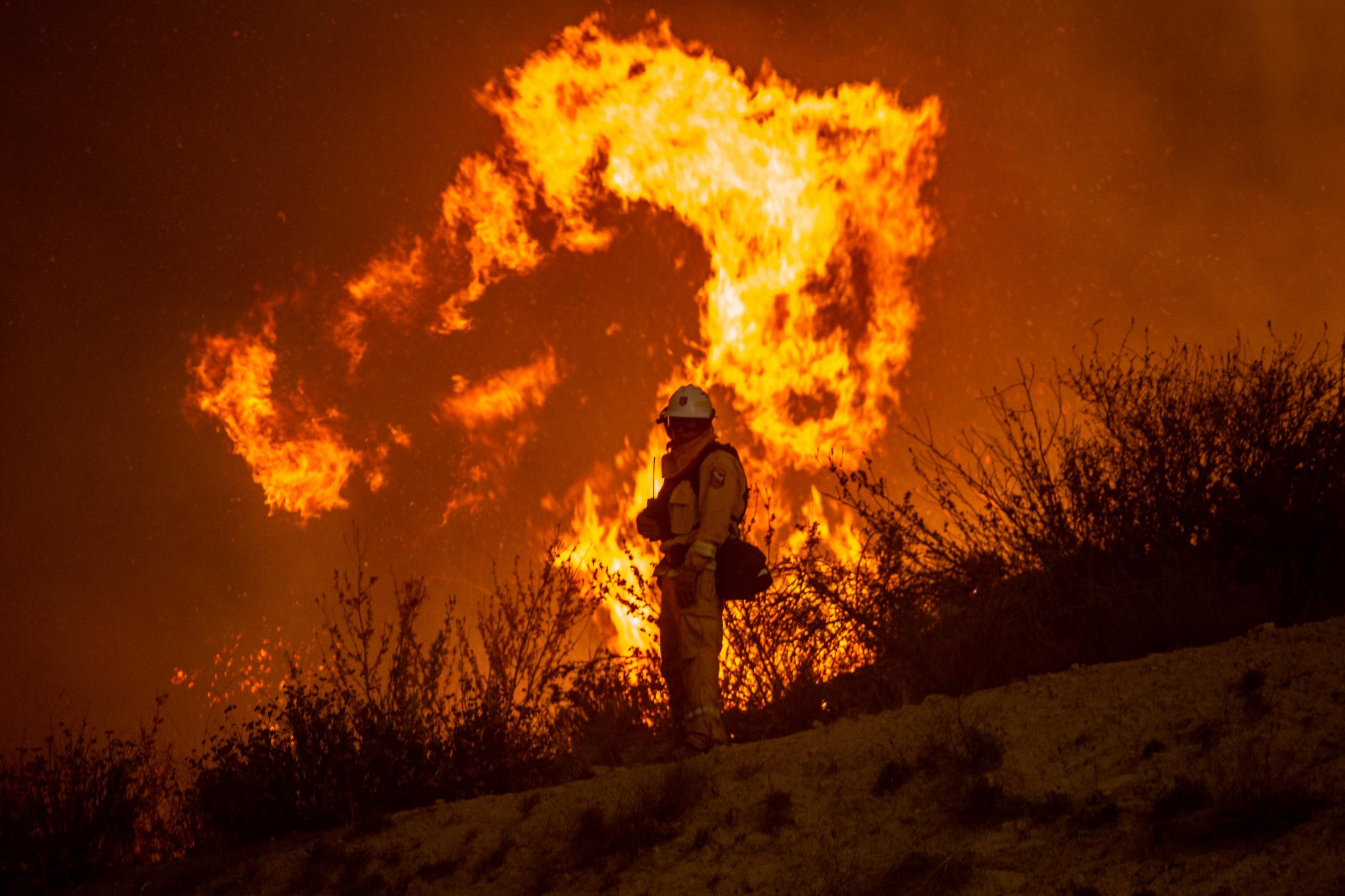 A CALFIRE member stands in front of a bursting flame on the fireline of one of the most dangerous fires in California history. 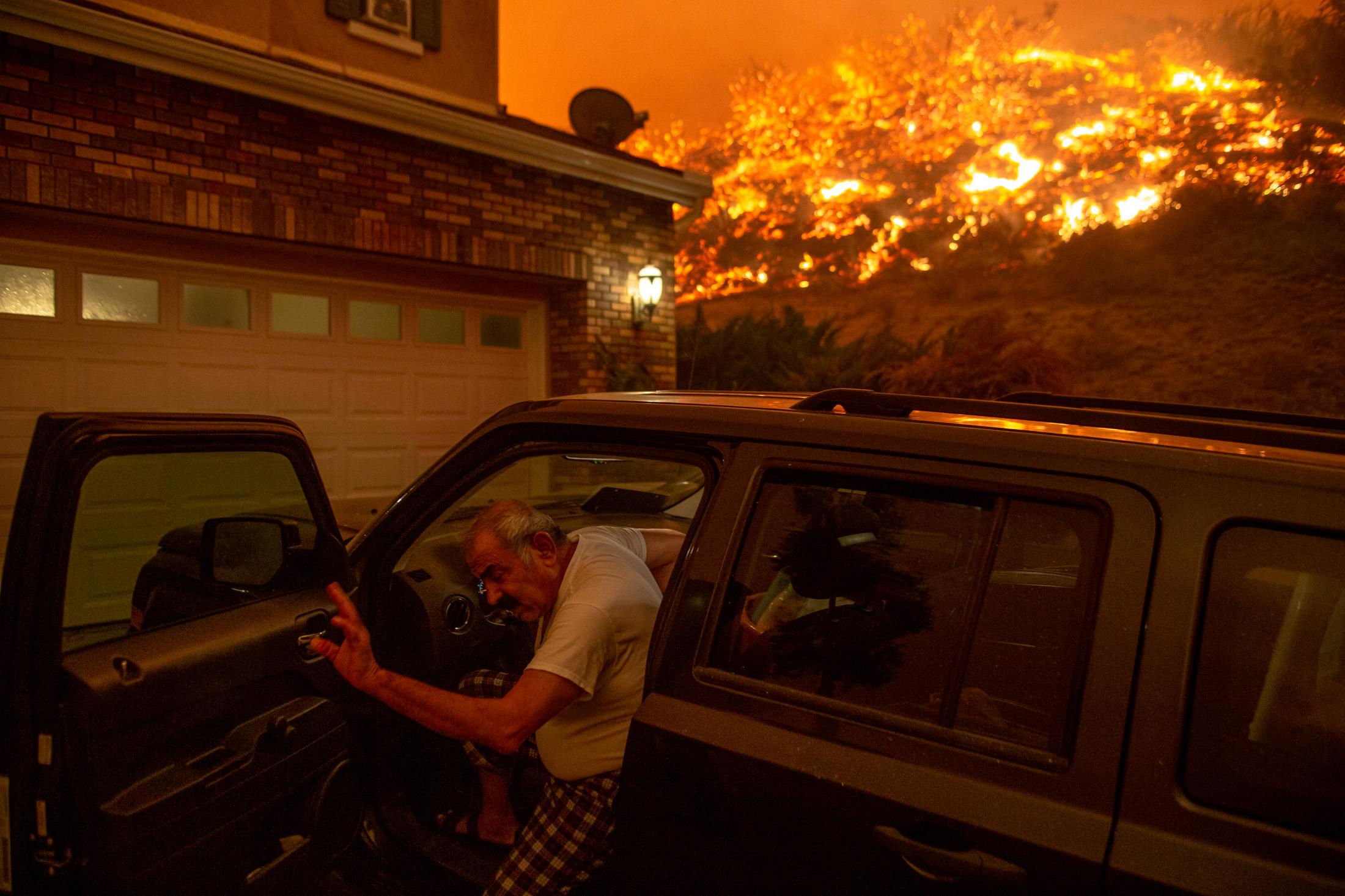 After waiting to see if the fire will move away from his home, a man flees to his vehicle. The fire department asked the community to evacuate to prevent death or injury from the wildfire. 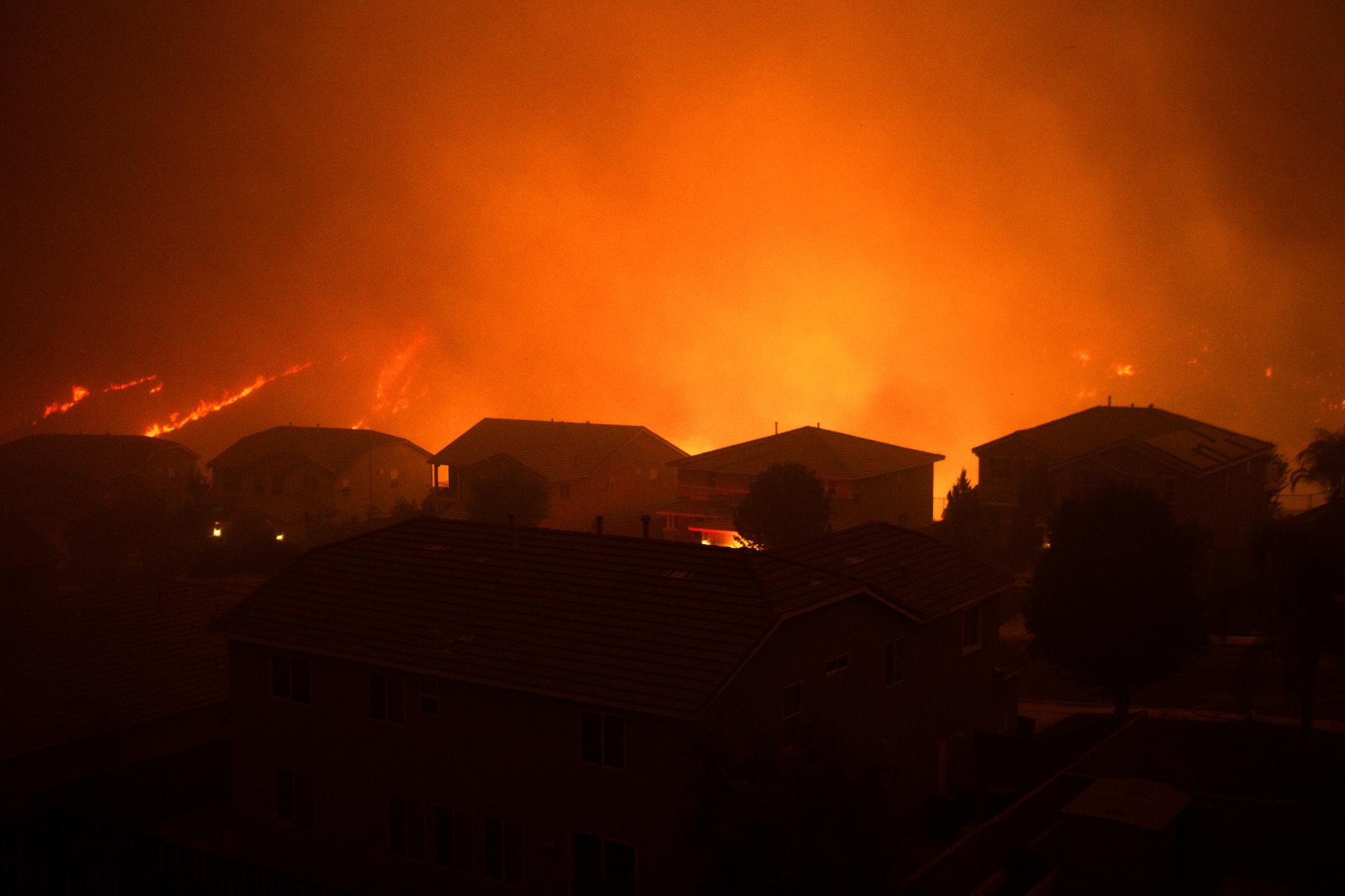 A neighborhood sits in the path of destruction as a violent wildfire destroys anything in its way. 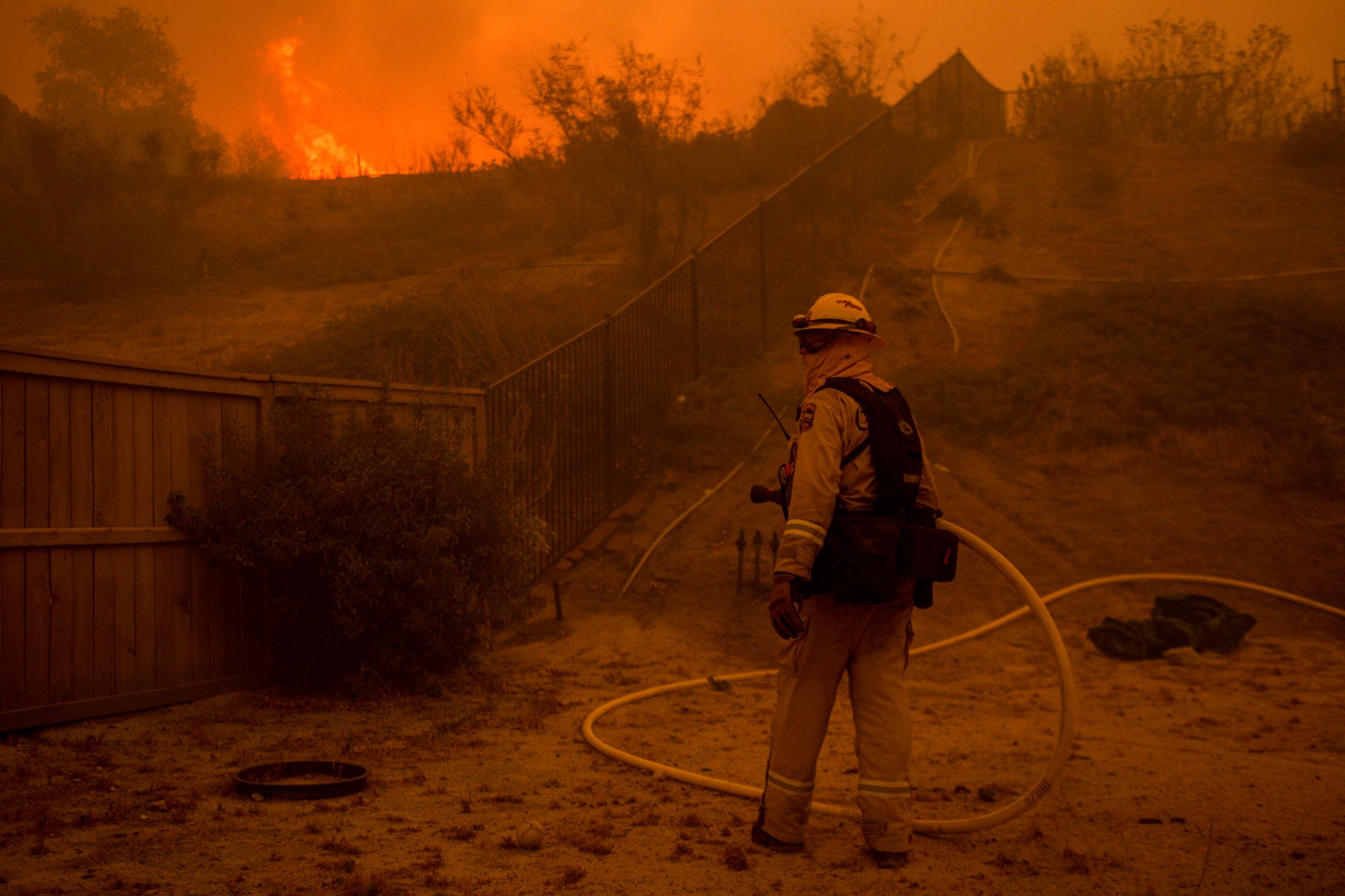 A firefighter carries a house from a fire truck into the backyard of a house, becoming a frontline in the fight of this wildfire. 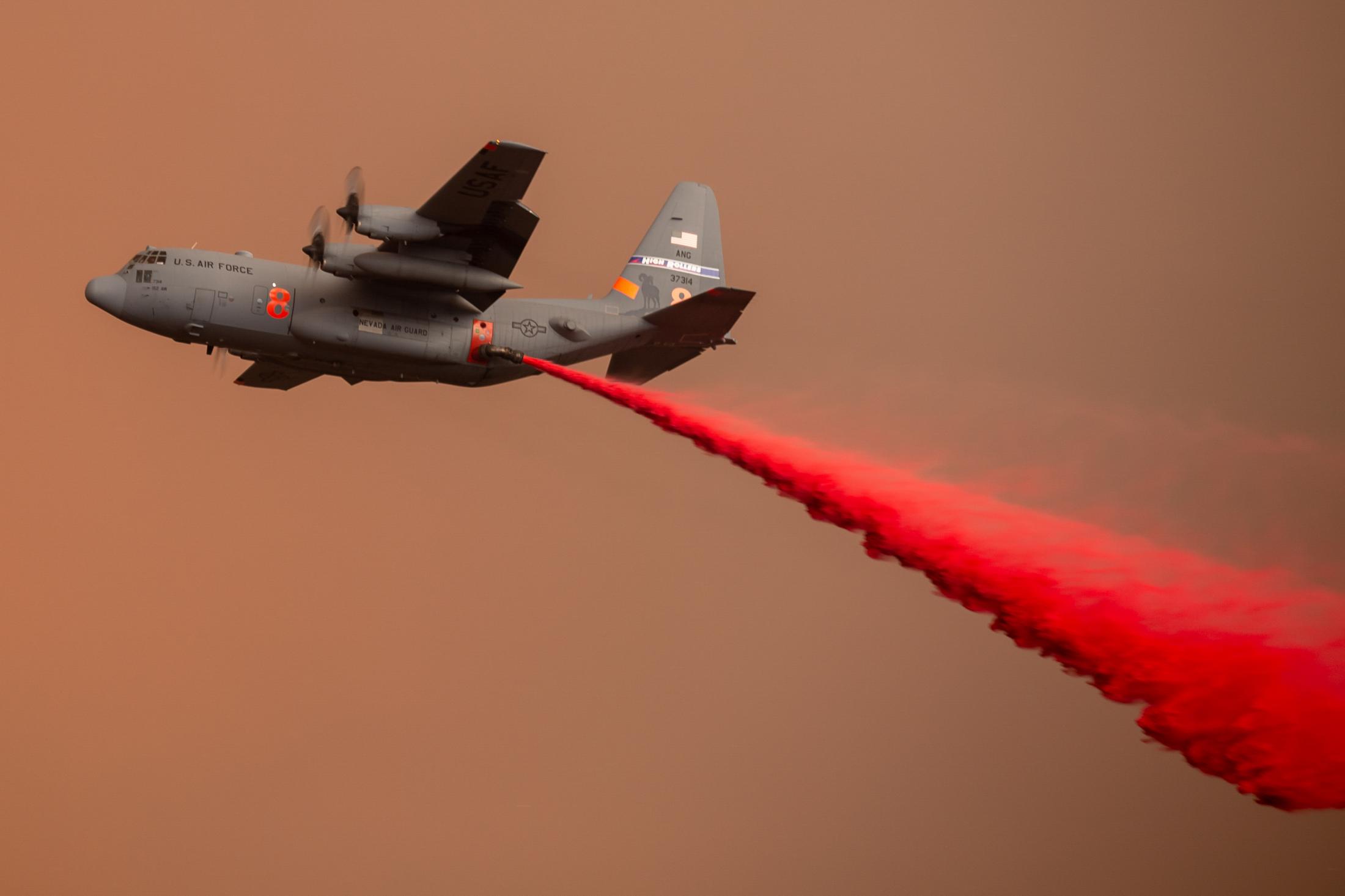 An Air Force C-130 plane drops fire retardant on houses to help protect them from the incoming blaze. 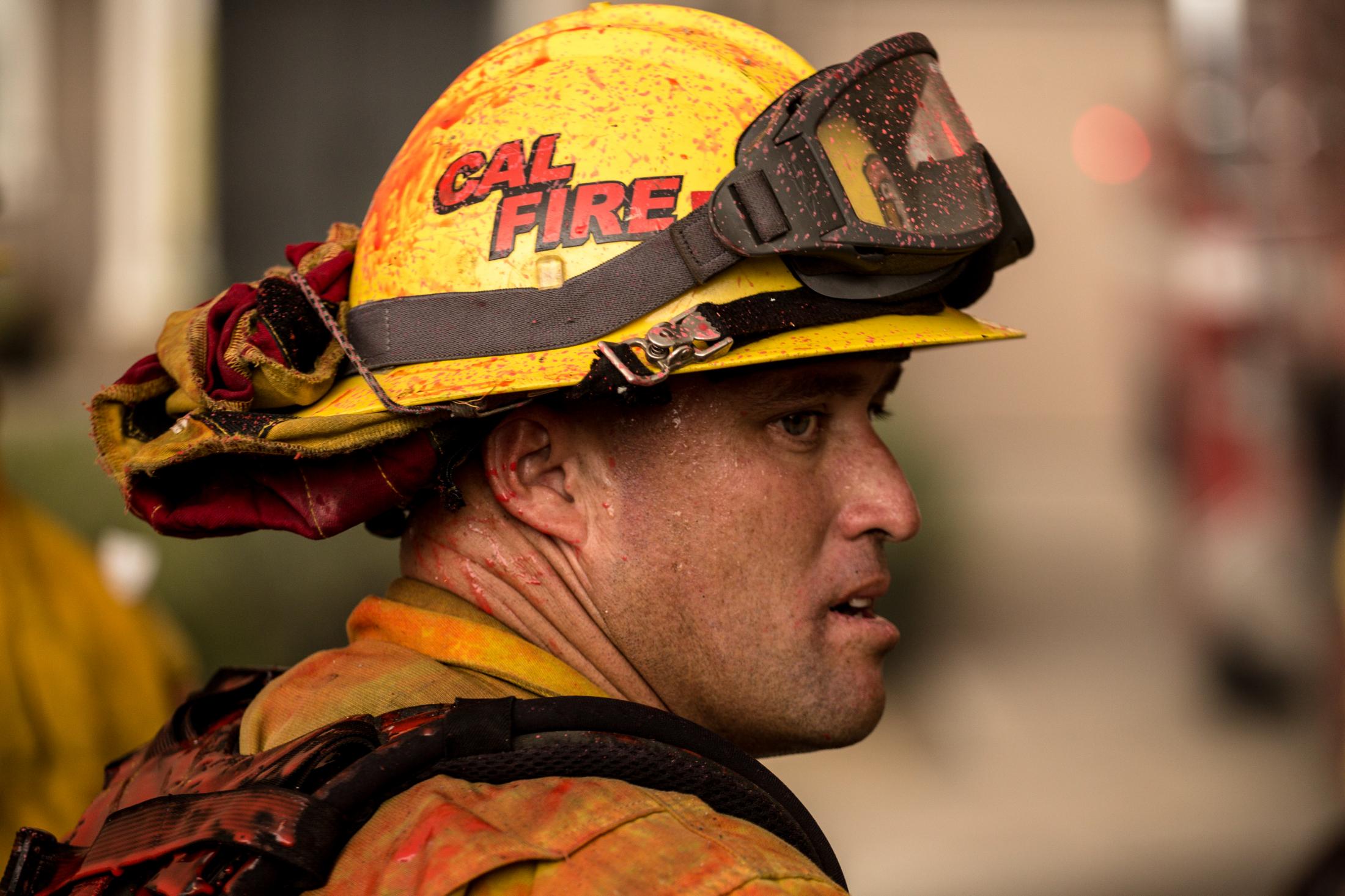 A portrait of a CALFIRE fighter as he comes off the fireline. Firefighters spend hours battling the violent wildfire. 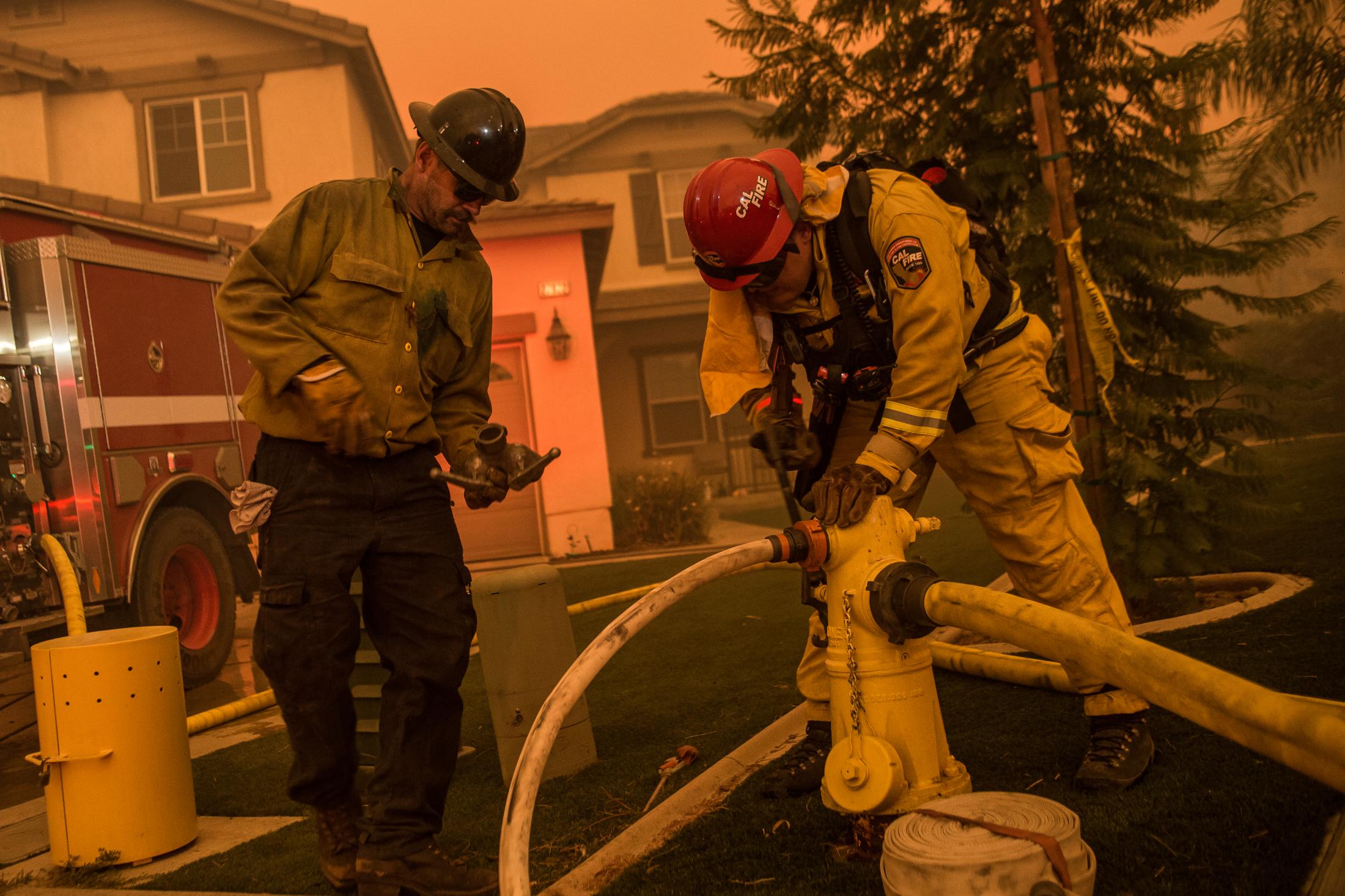 Two firefighters from different departments from Texas and California work together to attach hoses to a water source. The state of California faced its worst fire season in history. One of the worst fires located in Los Angeles and Ventura County named the Woolsey Fire. This wildfire burned; 96,949 acres and destroyed 1,643 structures. Three people reported to have died in the blaze, and over a quarter-million evacuated. 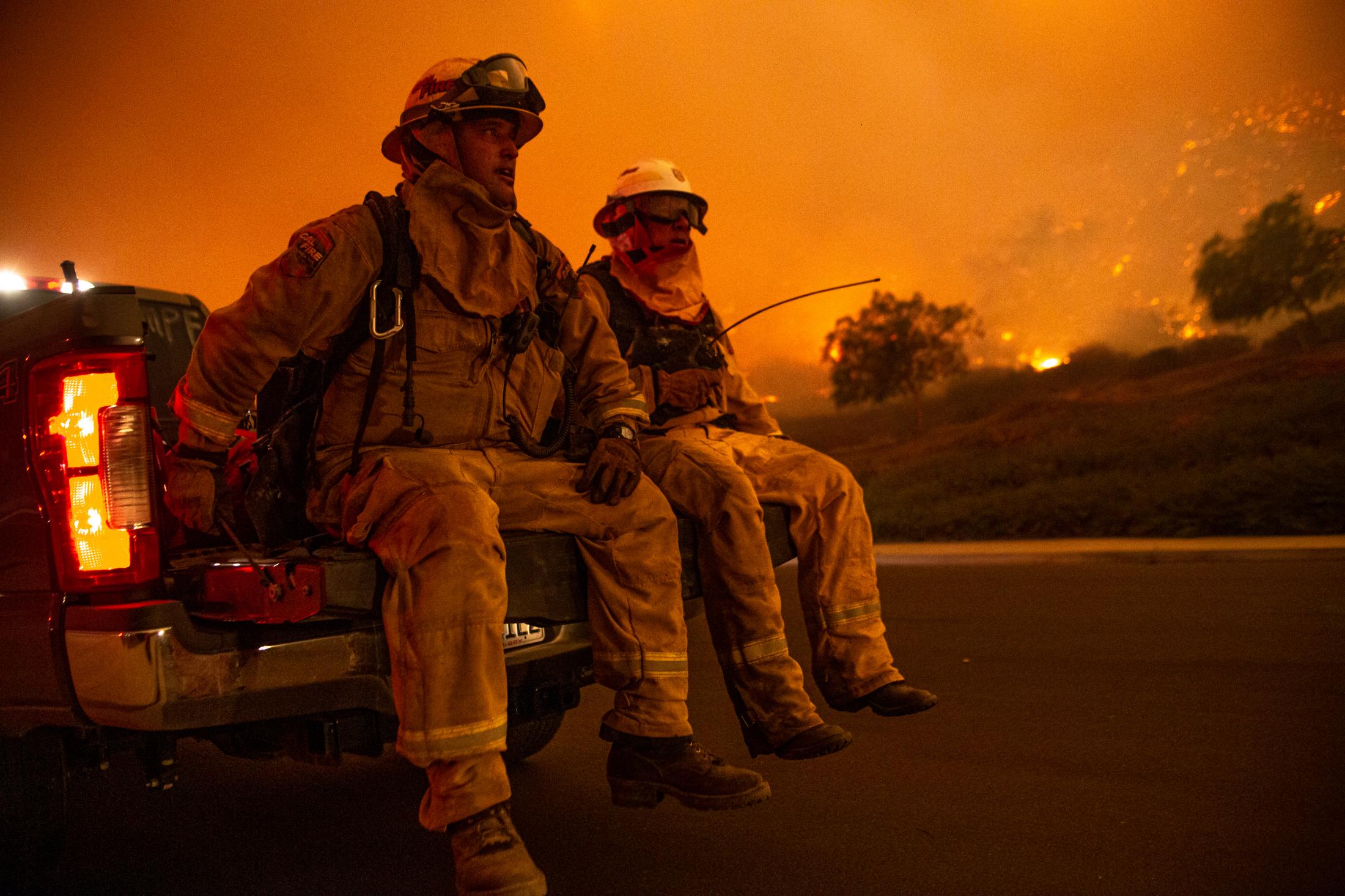 This wildfire burned; 96,949 acres and destroyed 1,643 structures. Three people reported to have died in the blaze, and over a quarter-million evacuated. Two Fire Chiefs sit on the bed of a truck after hours of battling a violent wildfire. 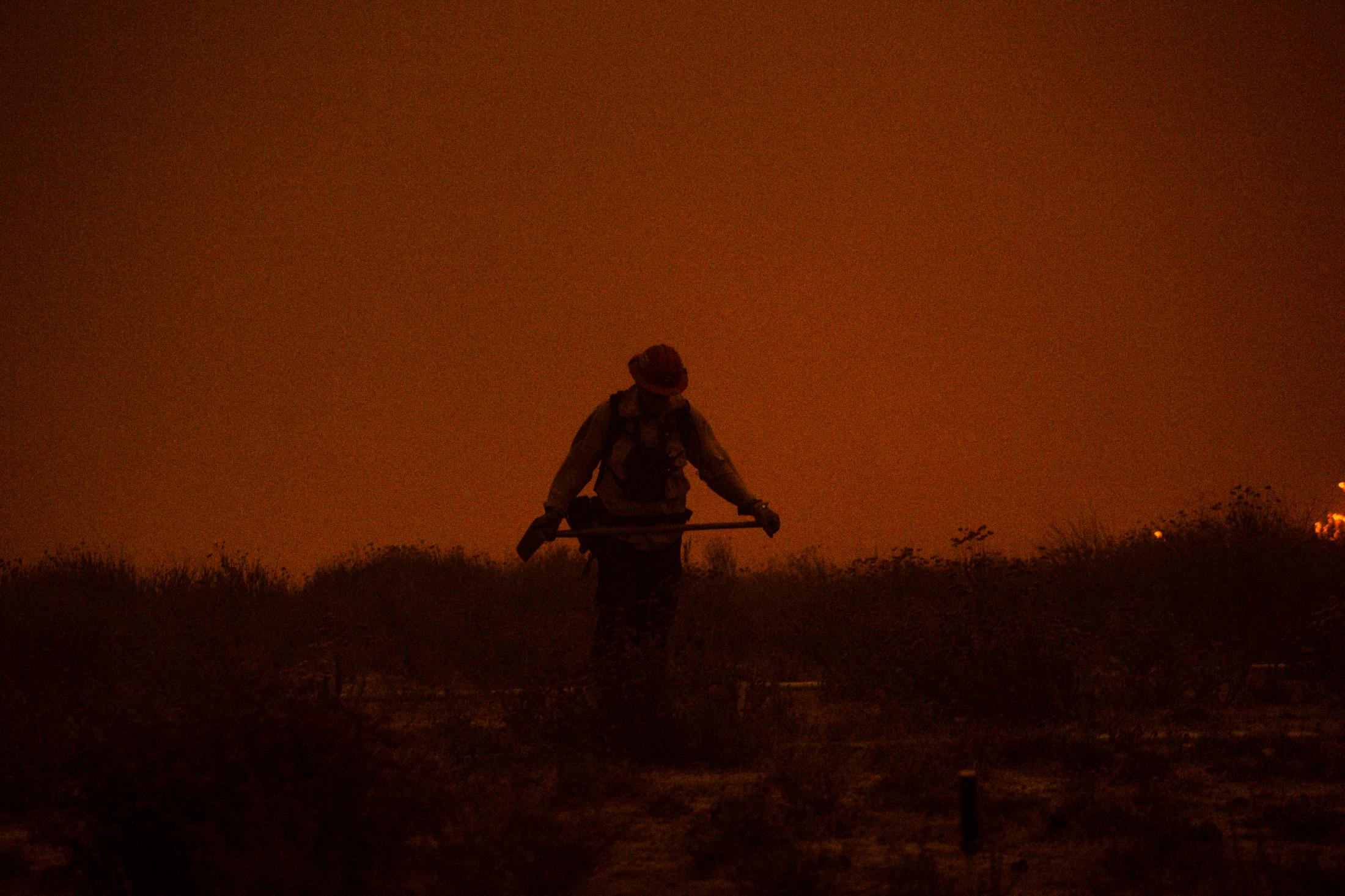 A CALFIRE member walks into the head of a deadly wildfire. This wildfire burned; 96,949 acres and destroyed 1,643 structures. Three people reported to have died in the blaze, and over a quarter-million evacuated. 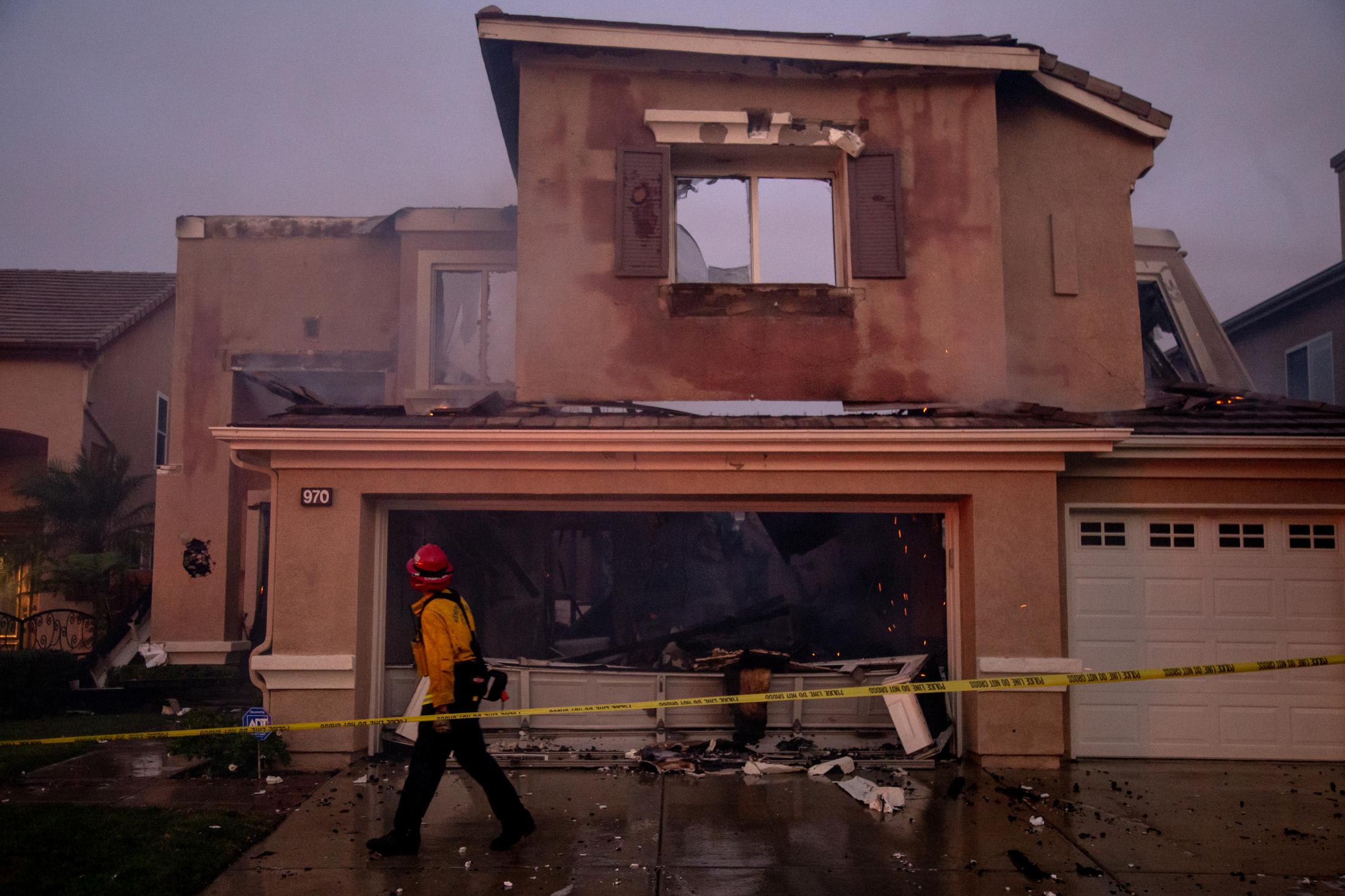 A building is left destroyed after a wildfire spreads through a community. Firefighters tape off any structures that could be dangerous. 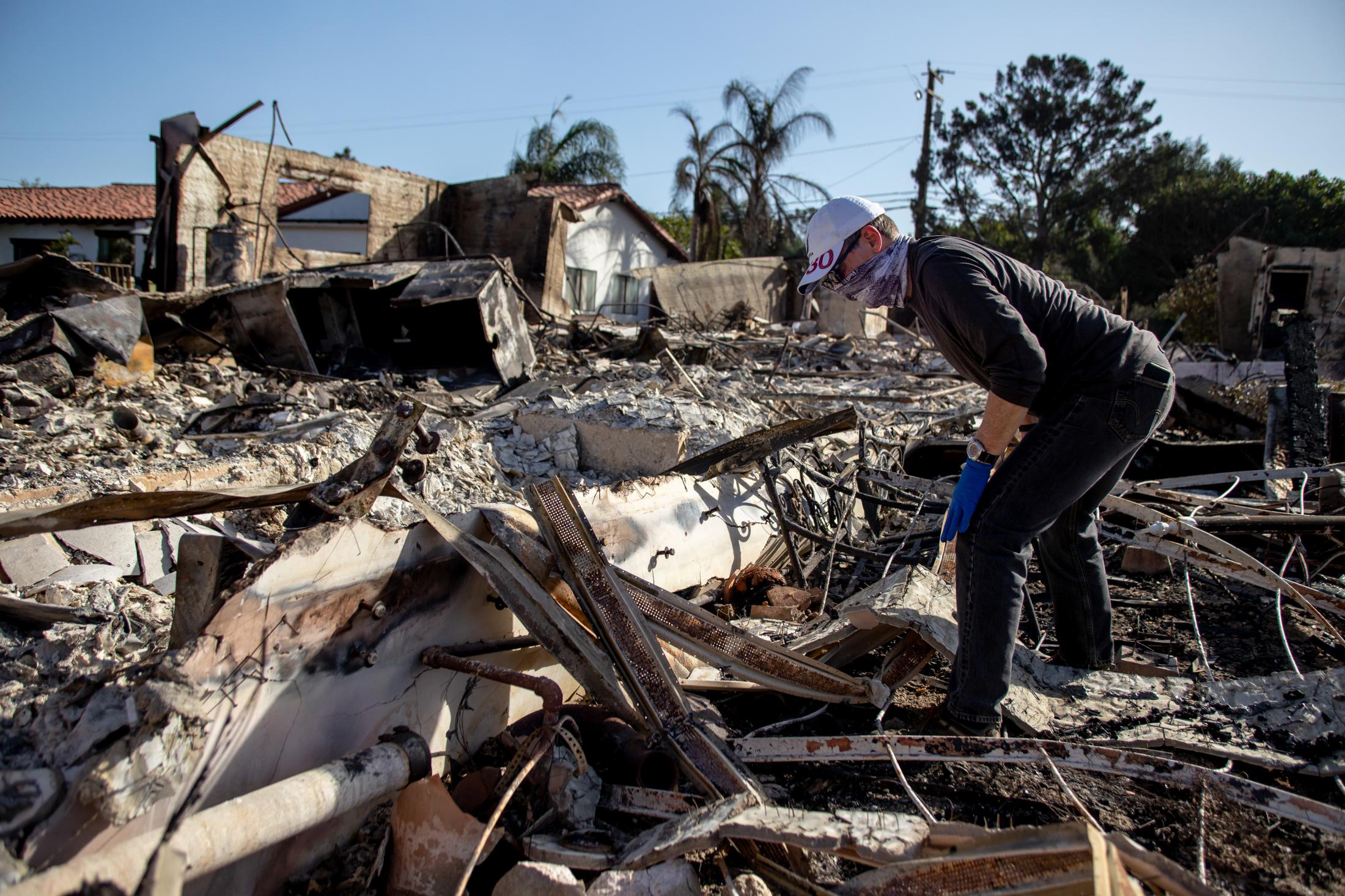 A man looks through the rubble of his home after it fell from a violent wildfire. 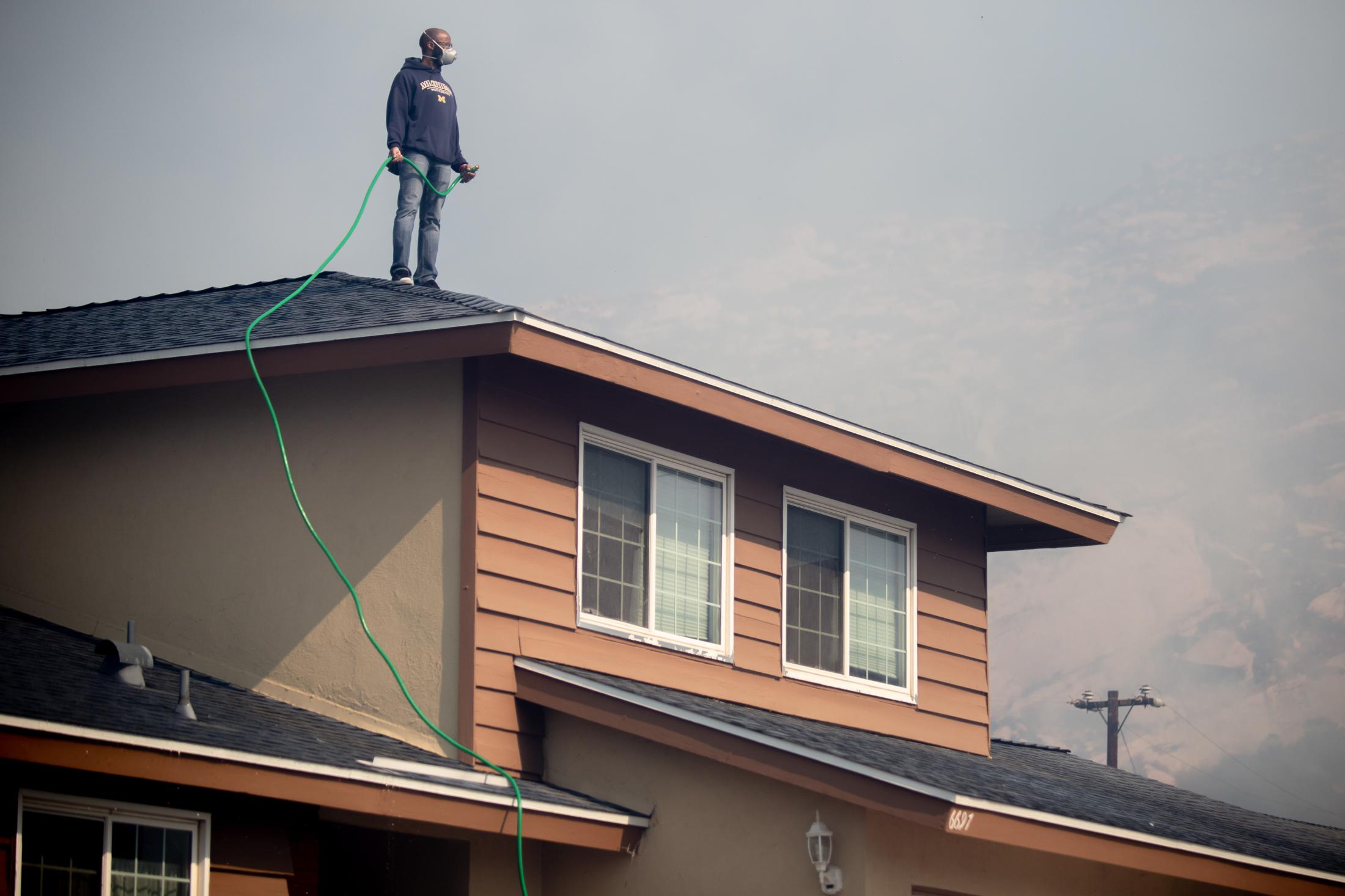 A resident stands on his roof with a garden house trying to water down his house to protect the home from the incoming wildfire. 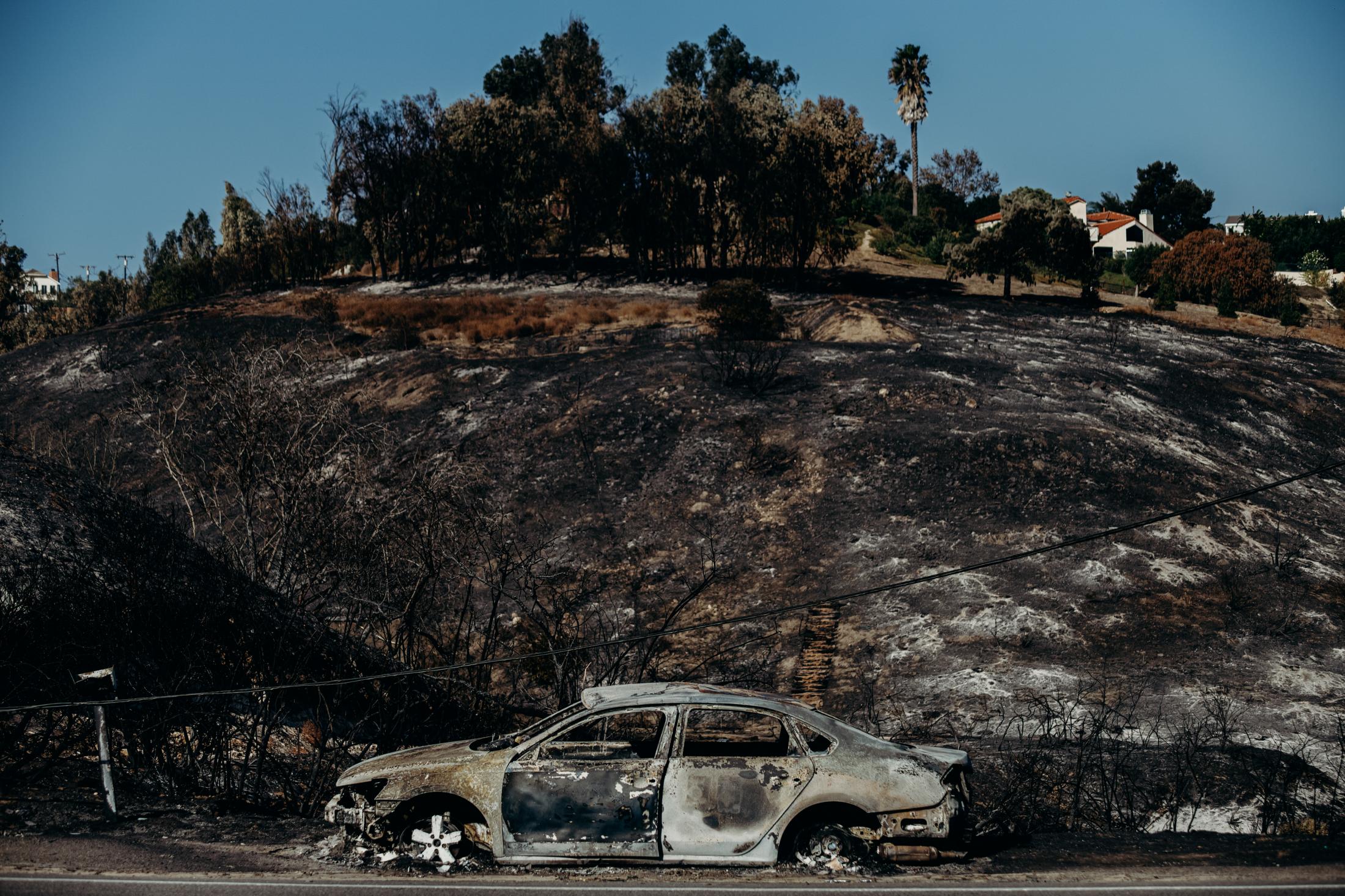 Three people reported to have died in the blaze, and over a quarter-million evacuated. A vehicle left on the side of the road is destroyed by a dangerous wildfire. 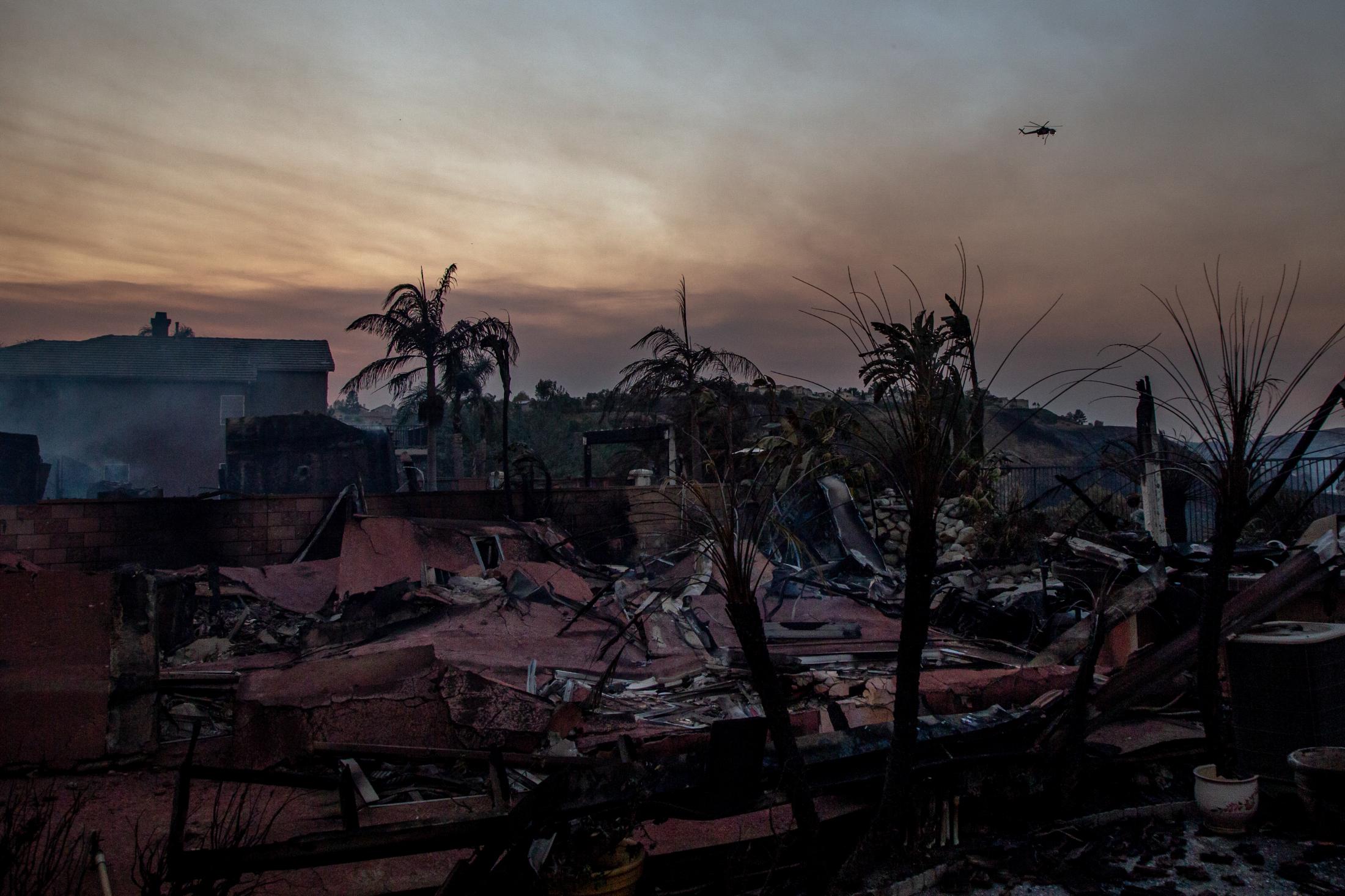 A helicopter flies over a neighborhood that has been destroyed by the wildfire. One thousand six hundred forty-three structures have turned to rubble and ash over a month of fire. 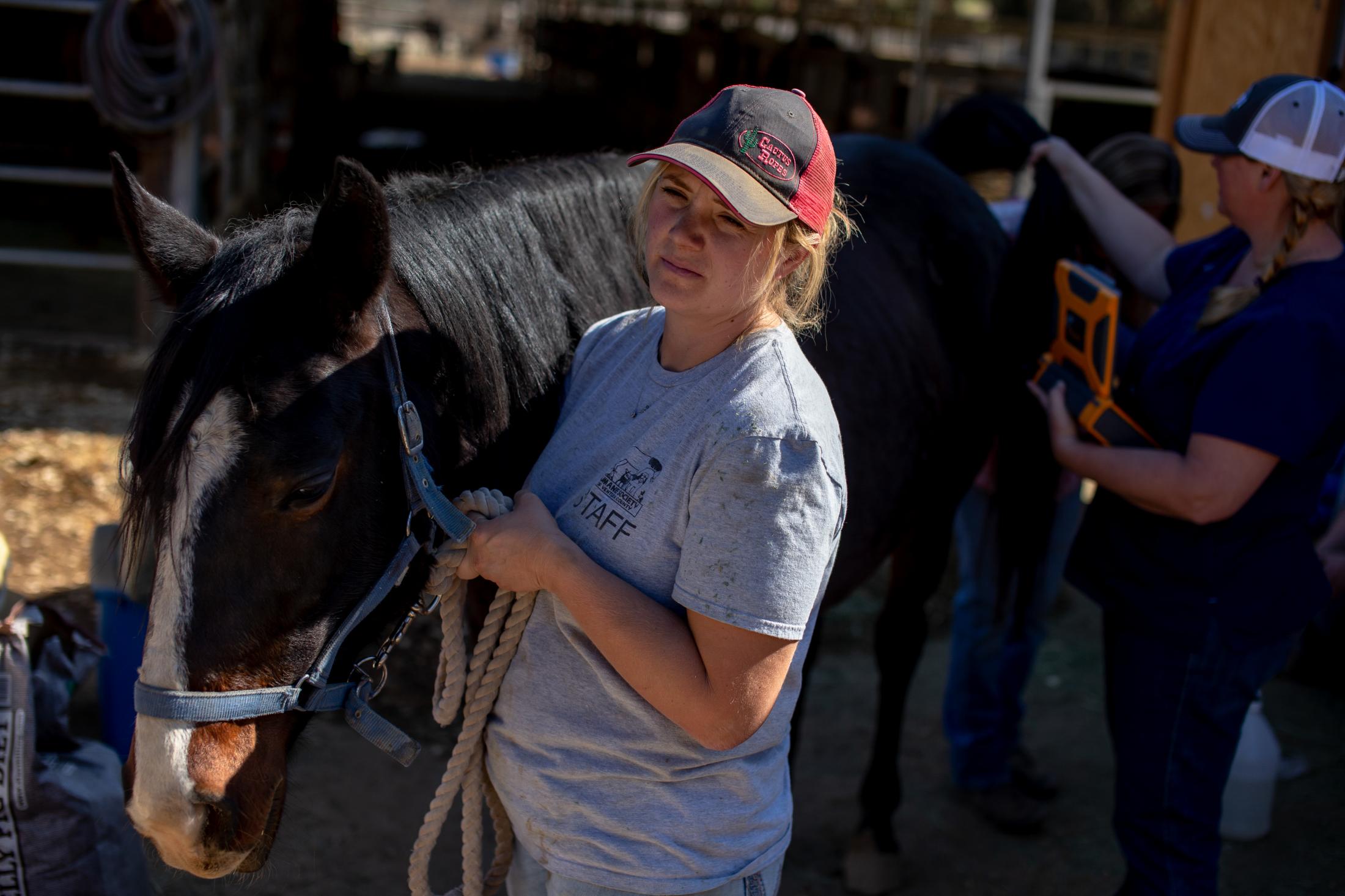 A woman with the Humane Society escorts a wounded horse to a safe location. Some horses have been trapped in pens and suffered burns from the wildfires. Many owners were unable to get to their homes to rescue their livestock. 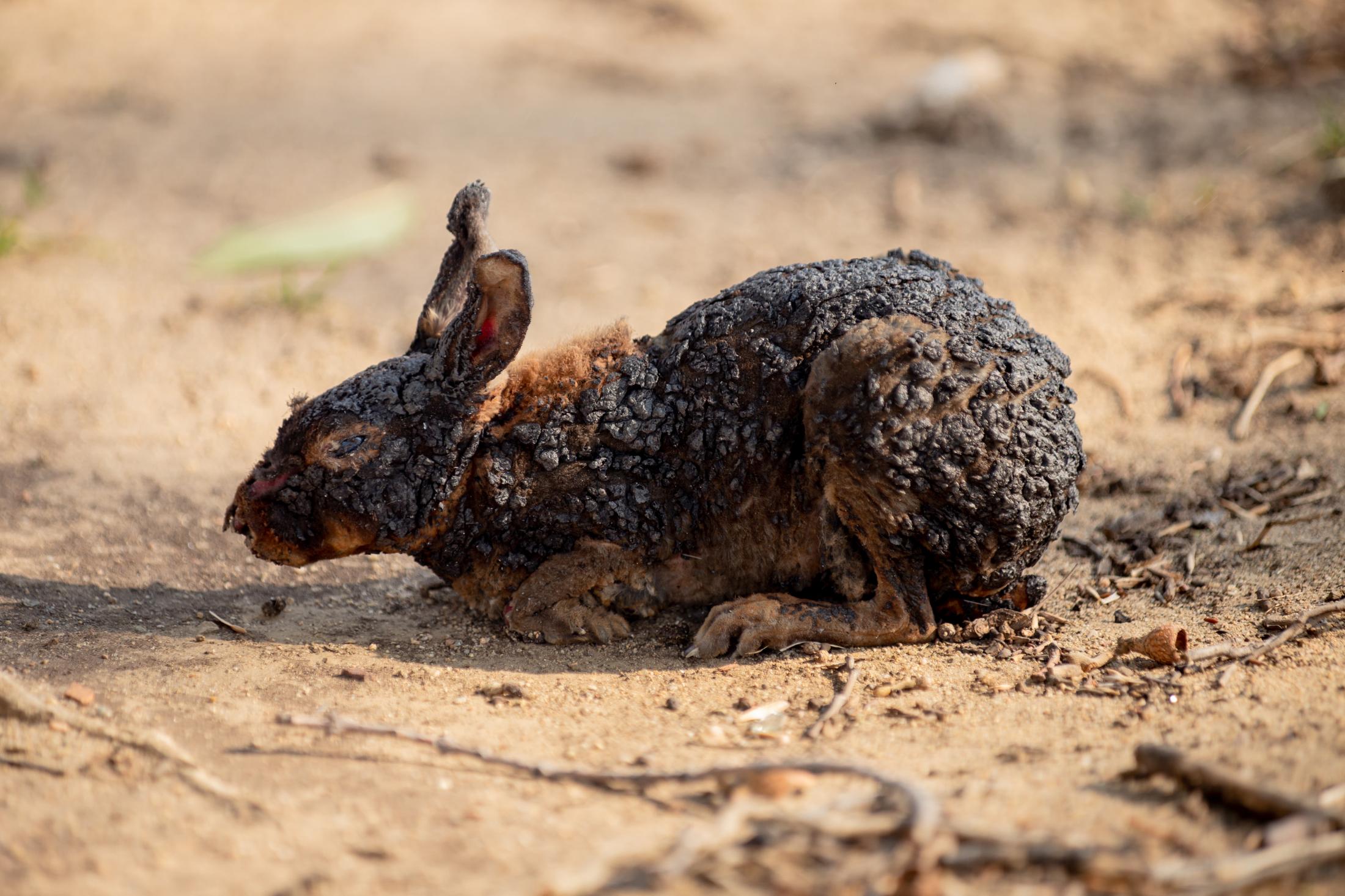 A burnt rabbit's fur melted to its body, and the pain from its wounds was seen in the creature's eyes. 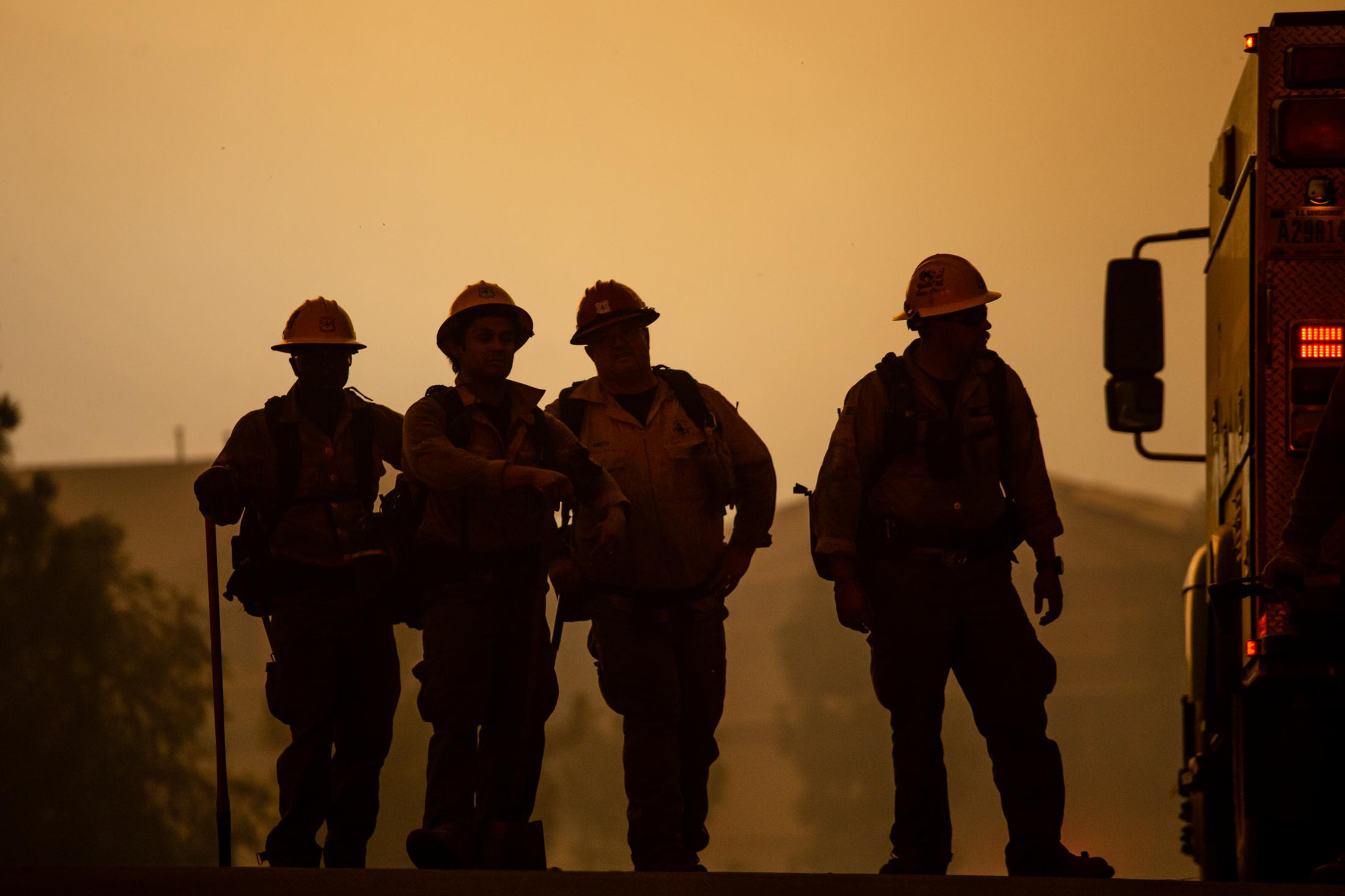 A group of firefighters from Texas gathers together when arriving at the frontline of the wildfire. Many outside departments have volunteered to help California battle the blaze.