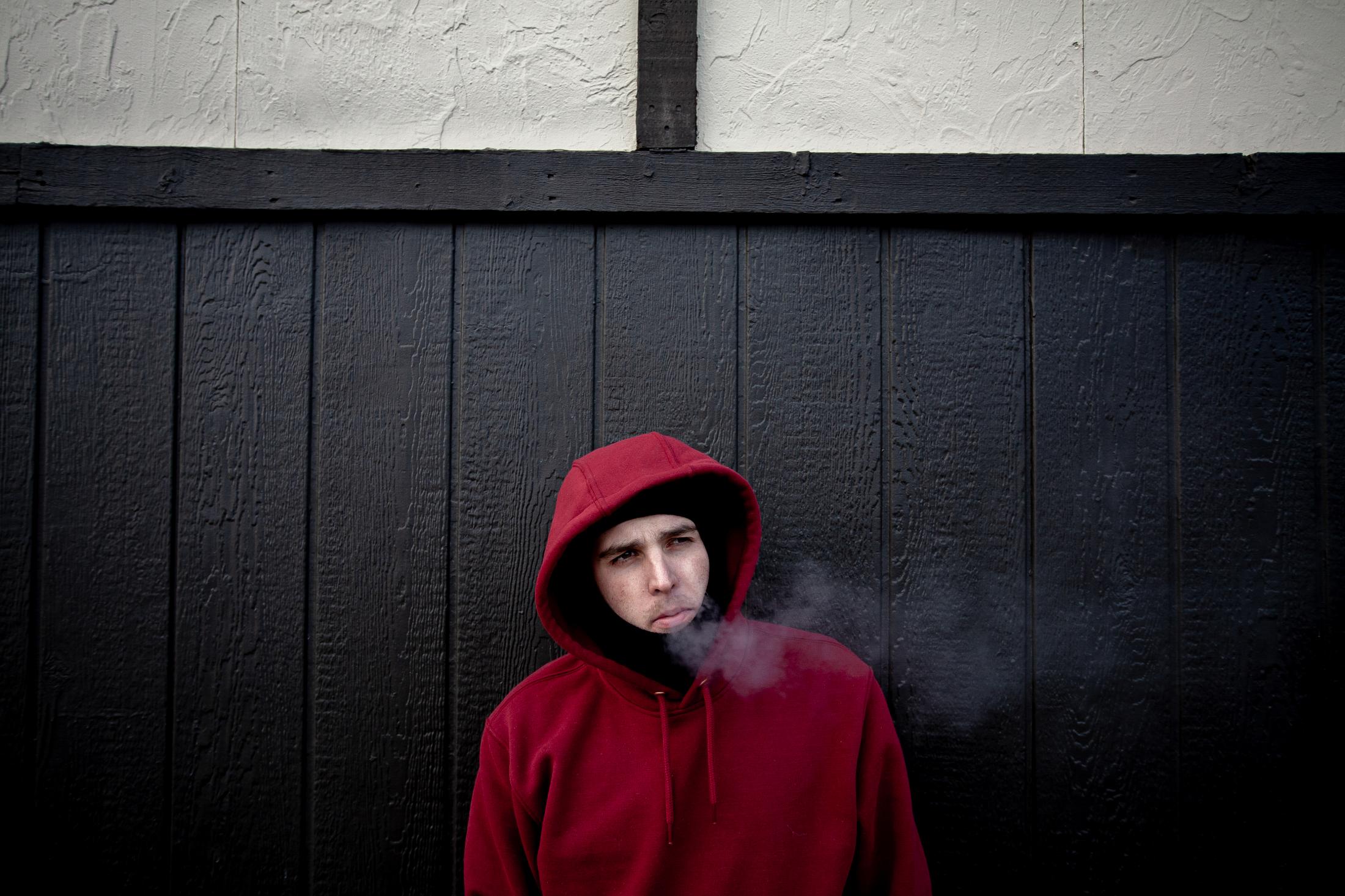 2/5/14- North Dakota - Adam Braum, 26, stands outside his hotel room that he has been sent to by a fraction sad company to work at a small site in Wolf Point, Montana. Adam has been living in this hotel for three months and has been working 14-16 hour shifts alone. 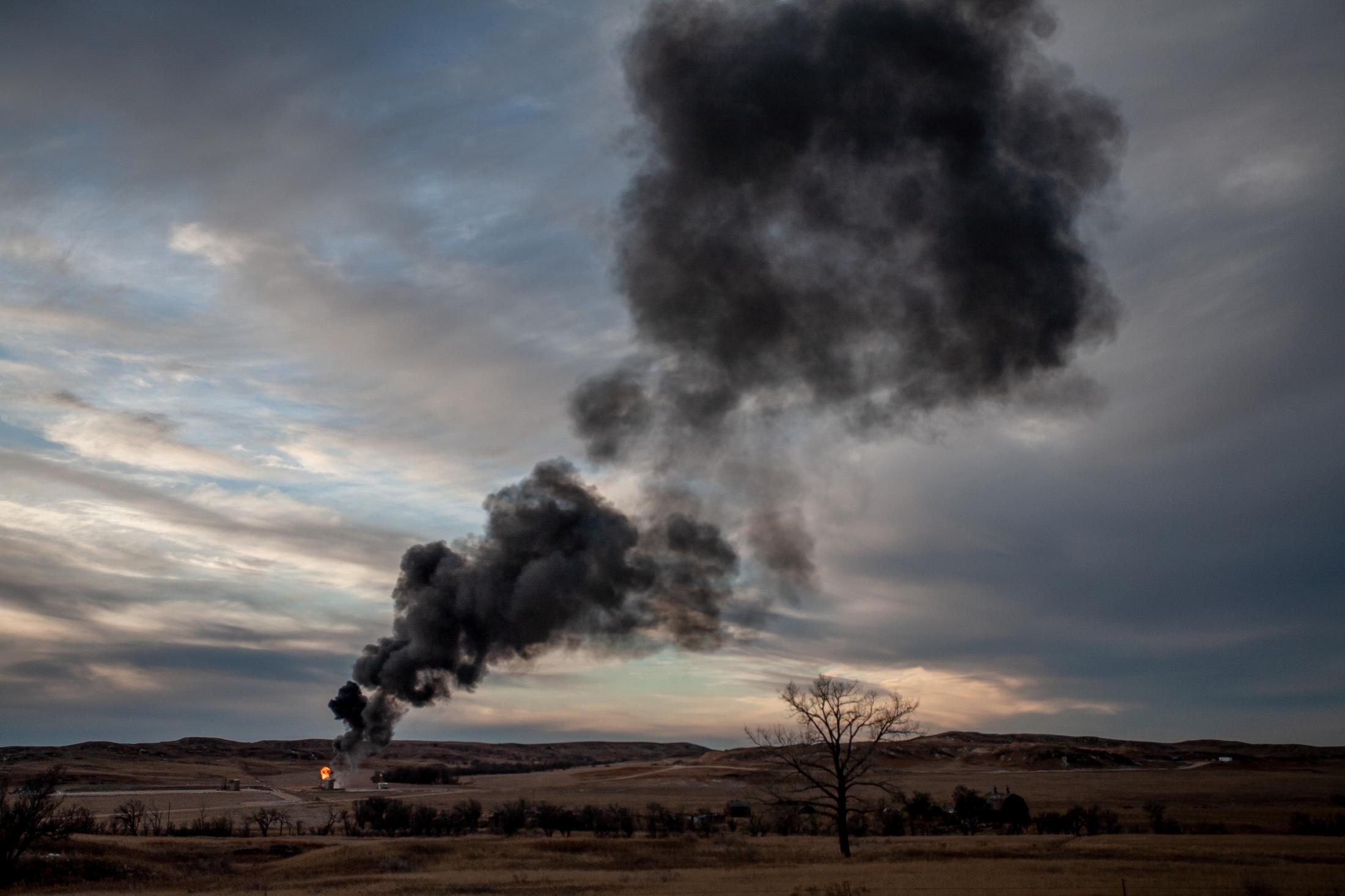 2/7/14- North Dakota - Smoke shoots to the sky from a natural gas flame that has been flooded with oil. Well sights that have pump jacks on them are inspected and emptied daily, but things go wrong with the land's extreme conditions. 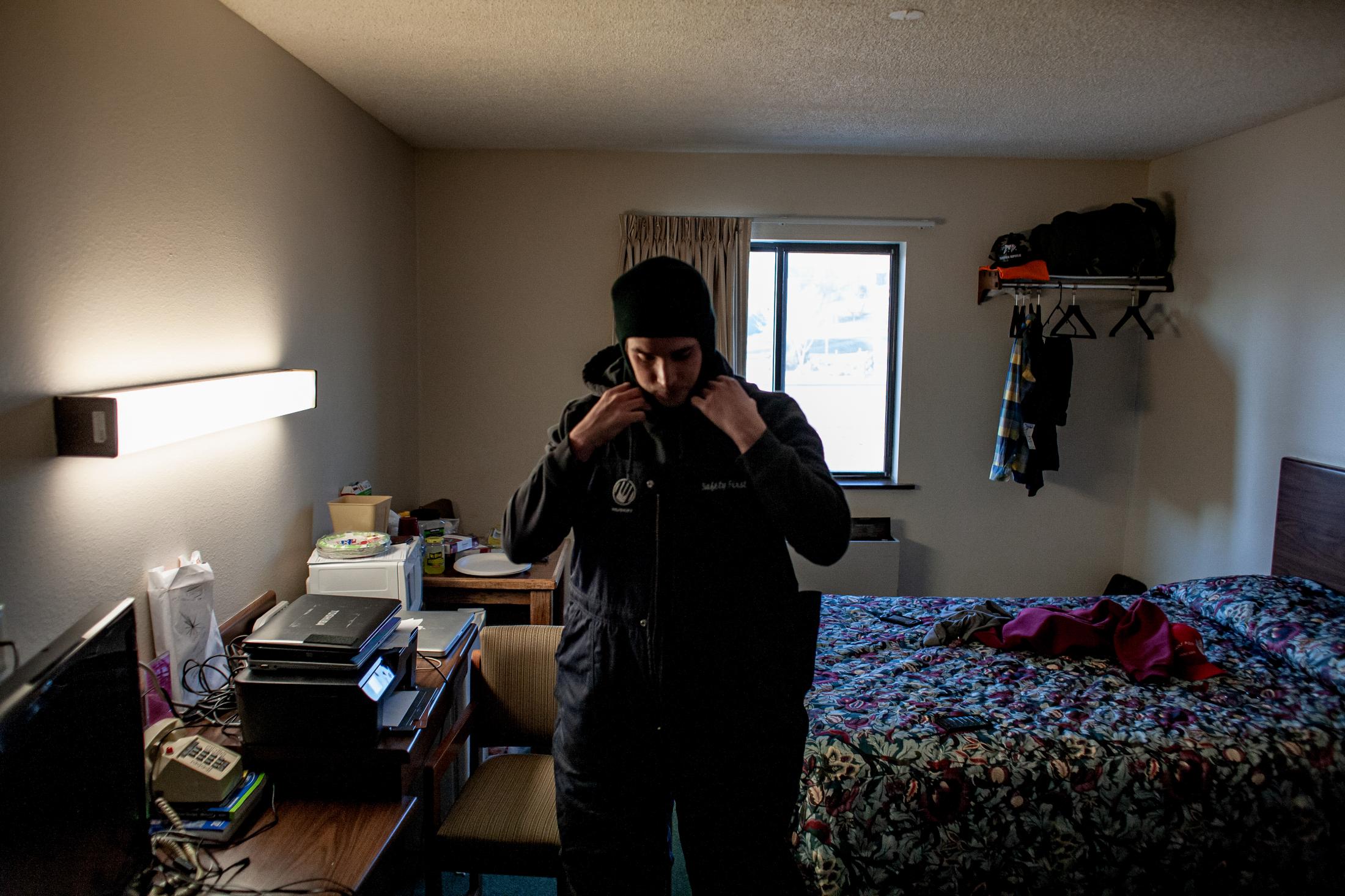 2/6/14- North Dakota - A phone call awakens Adam Braum that more trucks will be coming to him to fill with frac sand. Adam must put on three layers of clothing to protect himself from the cold weather and winds. "I have nightmares about the cell phone; I have only gotten two hours of sleep." 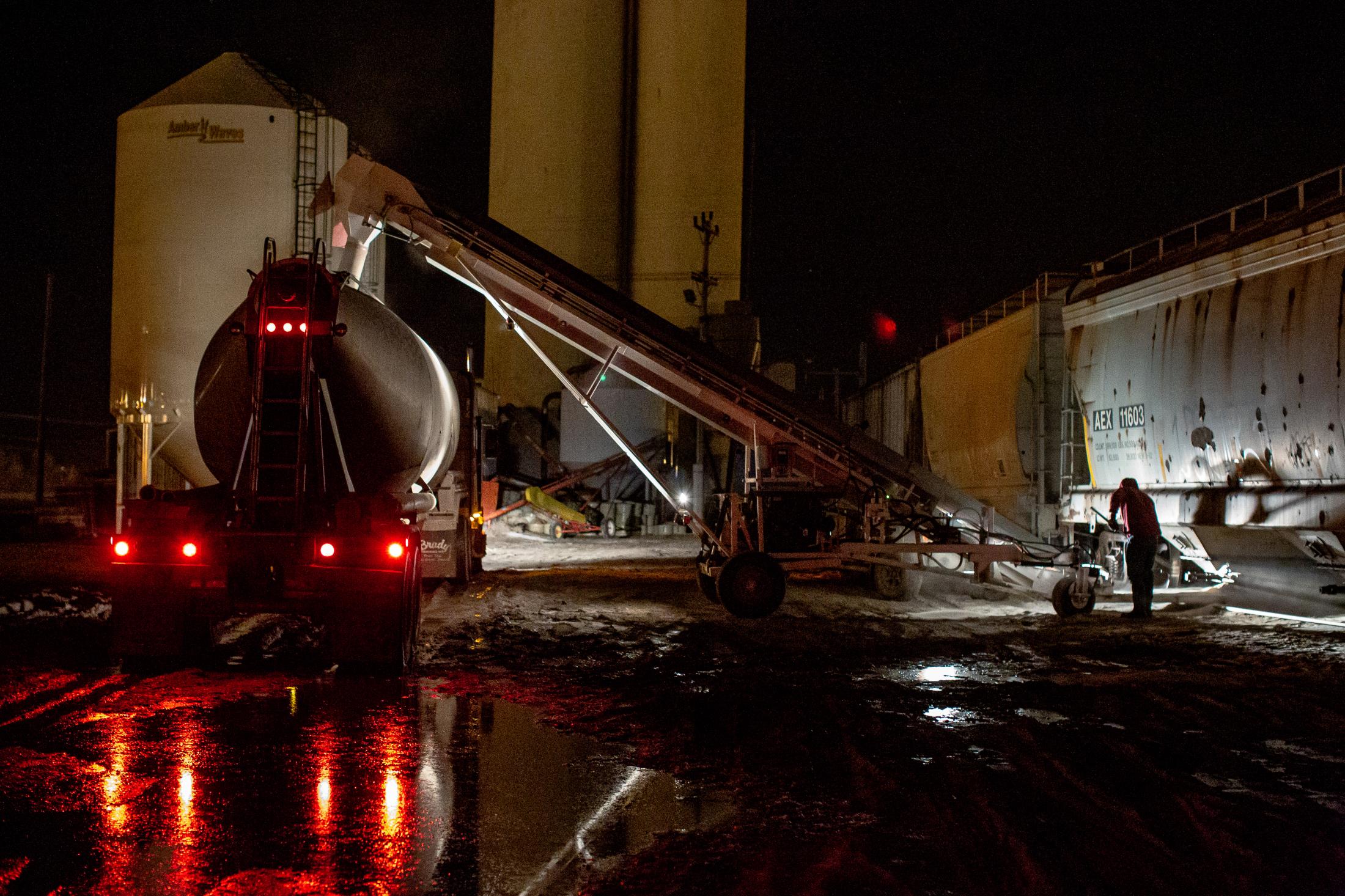 4/3/14- North Dakota - Adam Braum opens a railcar hatch with thousands of pounds of frac sand. The frac sand is then sent up a conveyor belt and poured into the truck. During the winter months, railcar hatches can freeze and the sand inside as well. Workers are instructed to use a wheat burner to defrost the hatch. 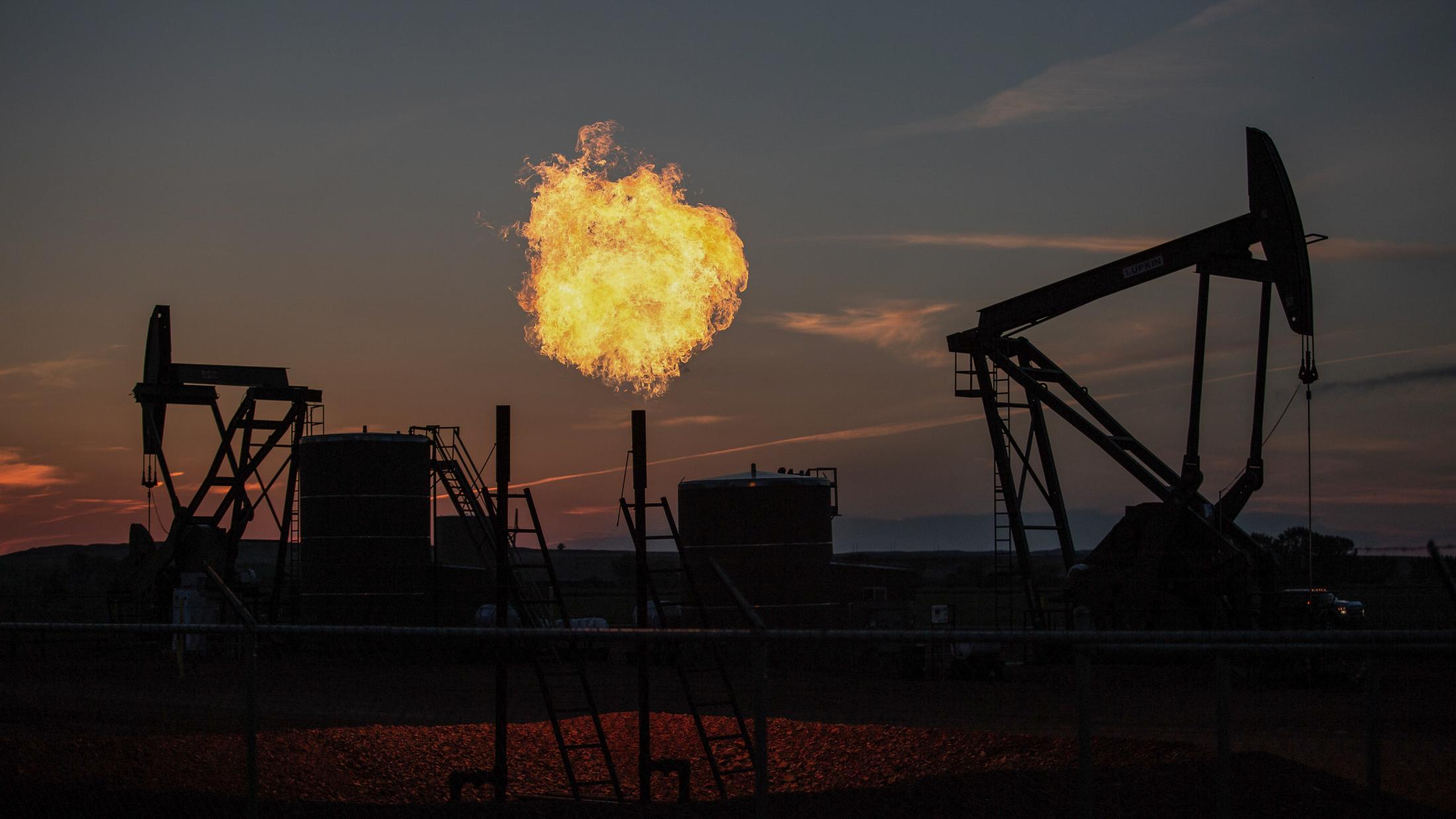 5/31/15- North Dakota - A fireball explodes from a natural gas pipe on a well site; gas is burned to save oil companies' money. 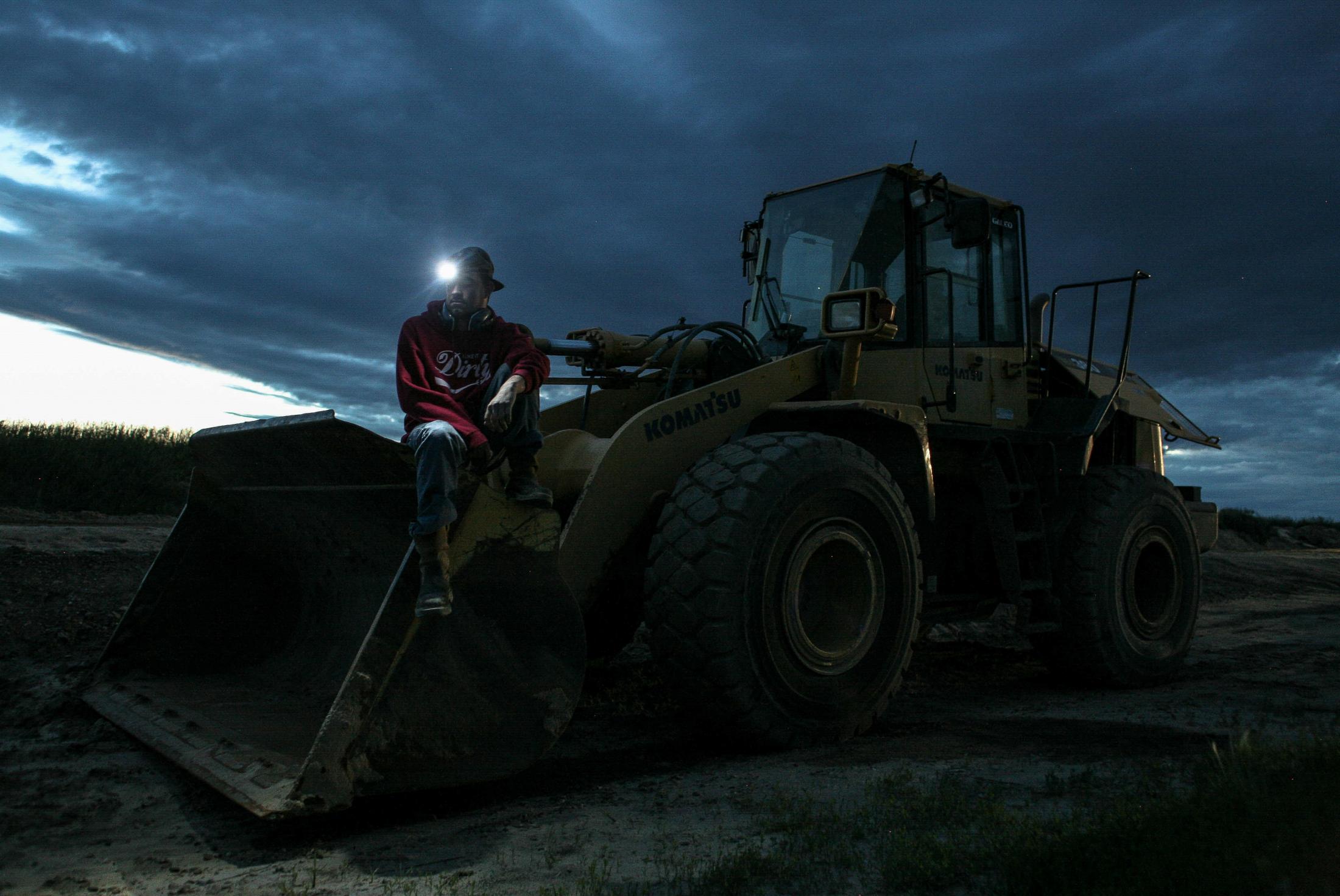 6/20/14- North Dakota - Dylan, an operator at a frac sand storage facility, sits on a front-end loader's bucket. Dylan moved from Louisiana to North Dakota to find opportunities for himself, as many young men have. 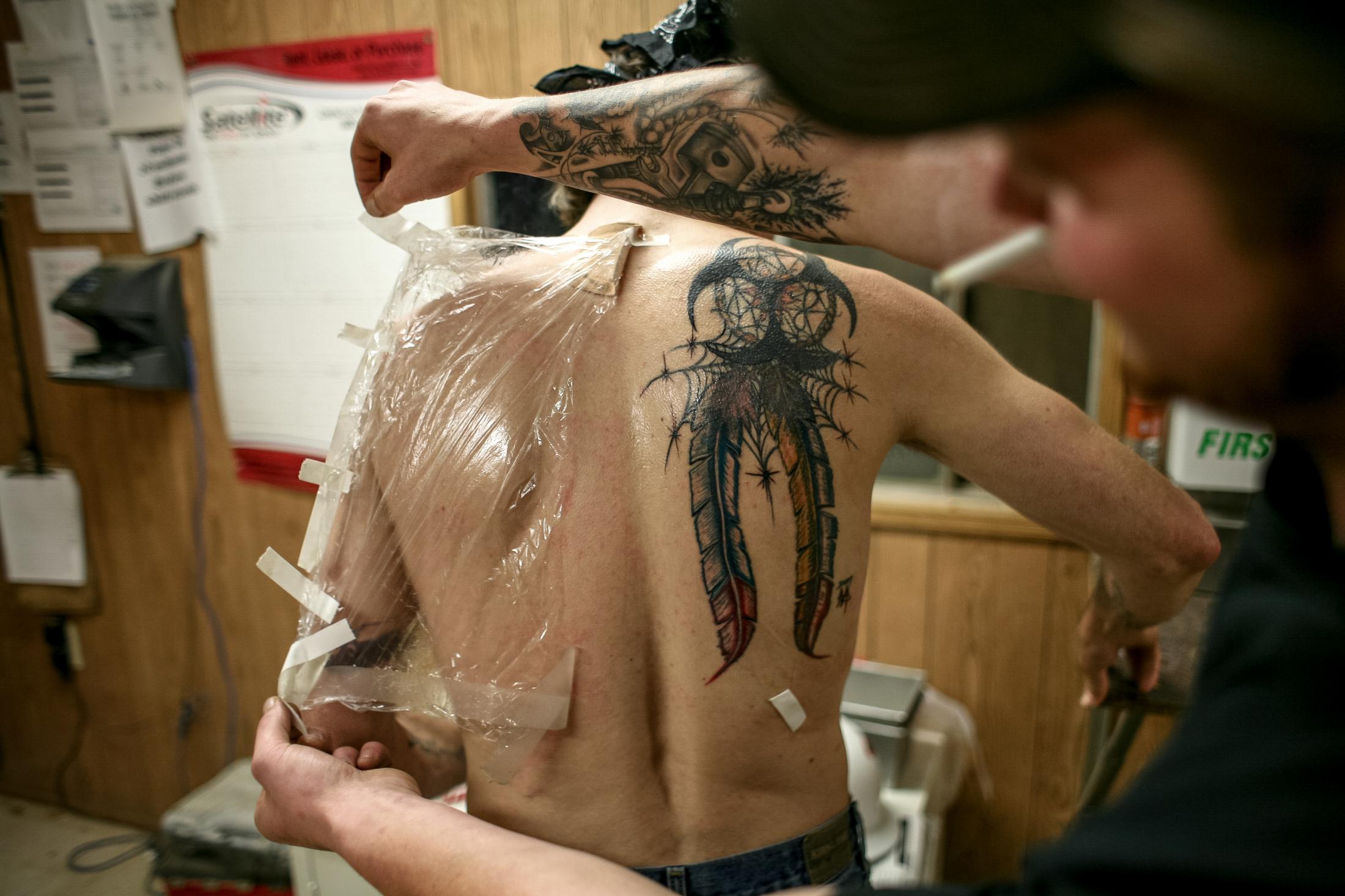 6/20/14- North Dakota - A man removes plastic wrap from a co-worker back, revealing a new tattoo he got in the oil field. Men in The Bakken find themselves discovering more than an opportunity; they discover a brotherhood between workers. The job is hard, the land is unforgiving, but the friendships are strong. 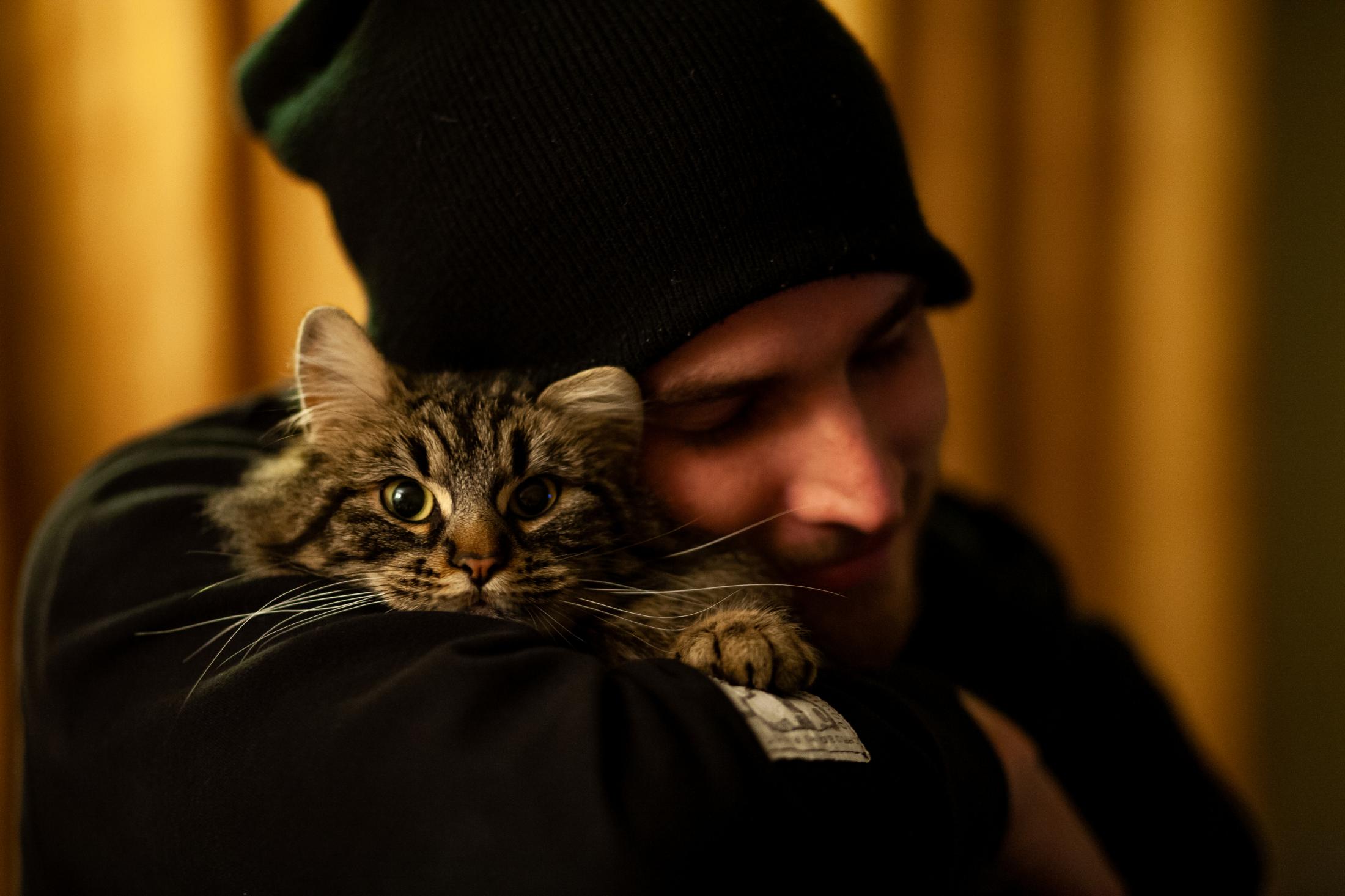 2/28/14- North Dakota - Adam Braun holds a stray cat tight that he rescued from the winter blizzard. The cat served Adam as a companion during the lonely days working in Wolf Point, Montana. 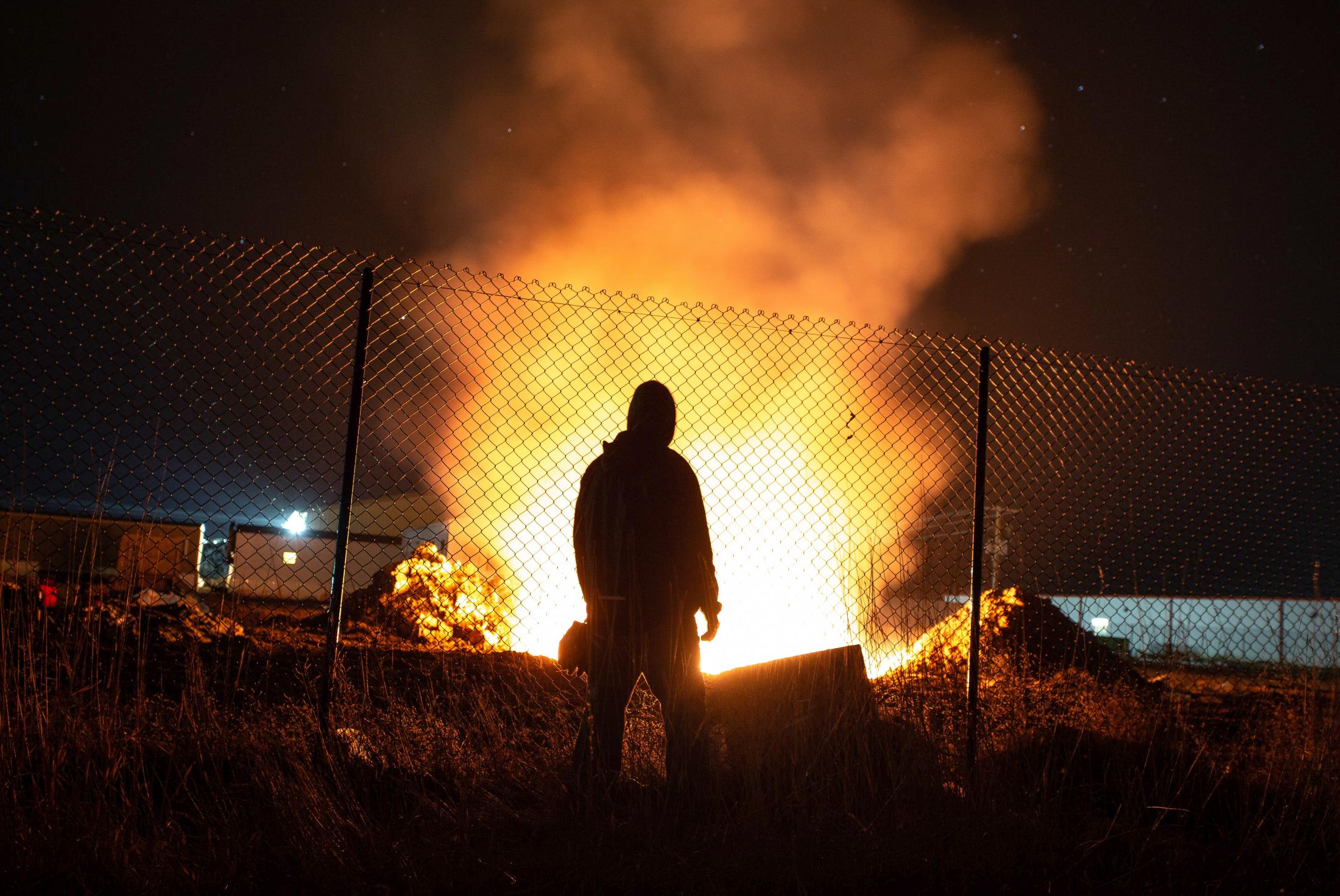 4/17/15- North Dakota - A resident looks at a flame started by an oil company; he grows frustrated as the smoke from the burning frac bags hits his house. Many locals don't want the oil fields in North Dakota. Nicknames for workers like "Oil Field Trash" has been used to describe the outsiders coming in. 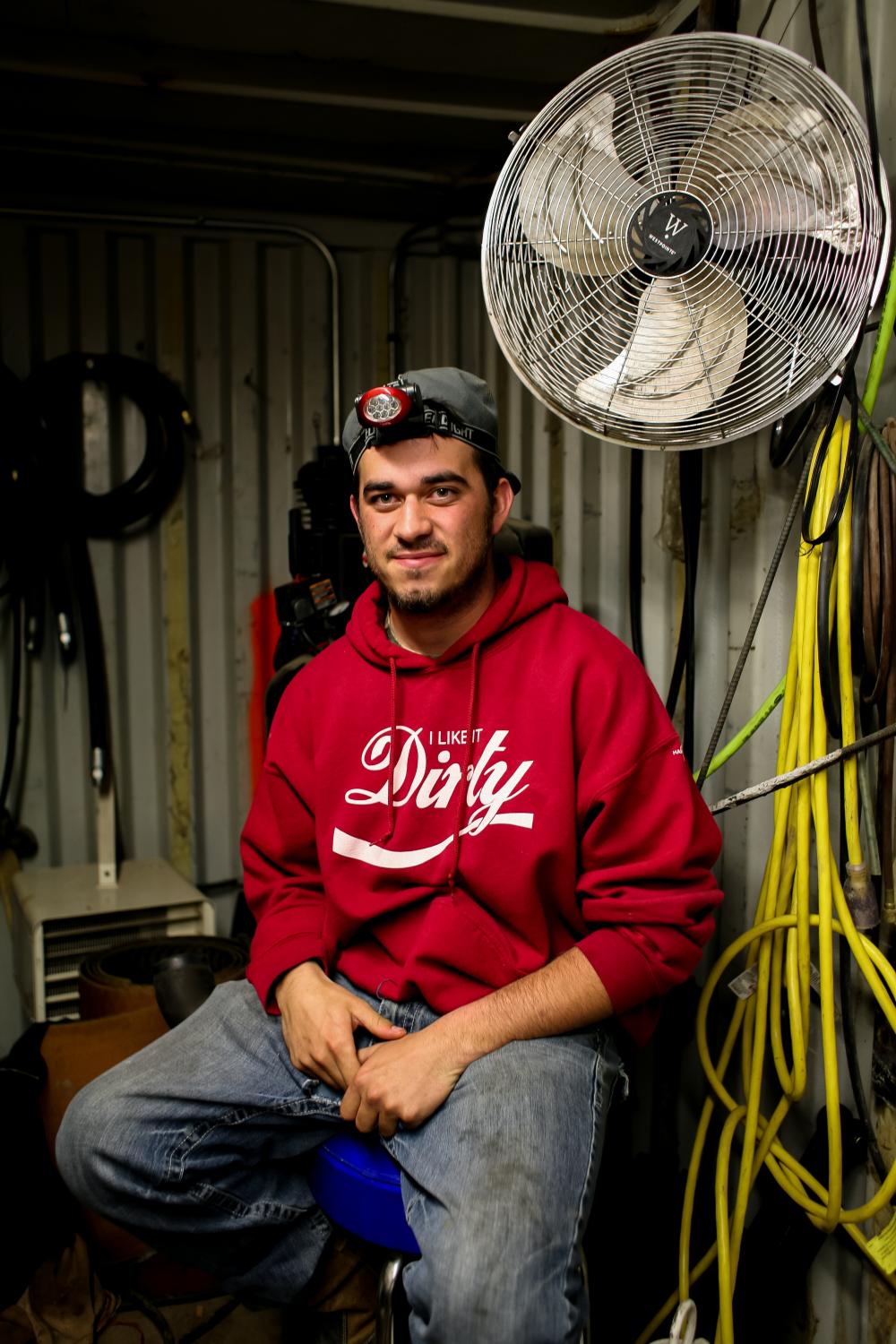 6/20/14- North Dakota - Dylan moved from Louisiana to North Dakota to find opportunities for himself, as many young men have. 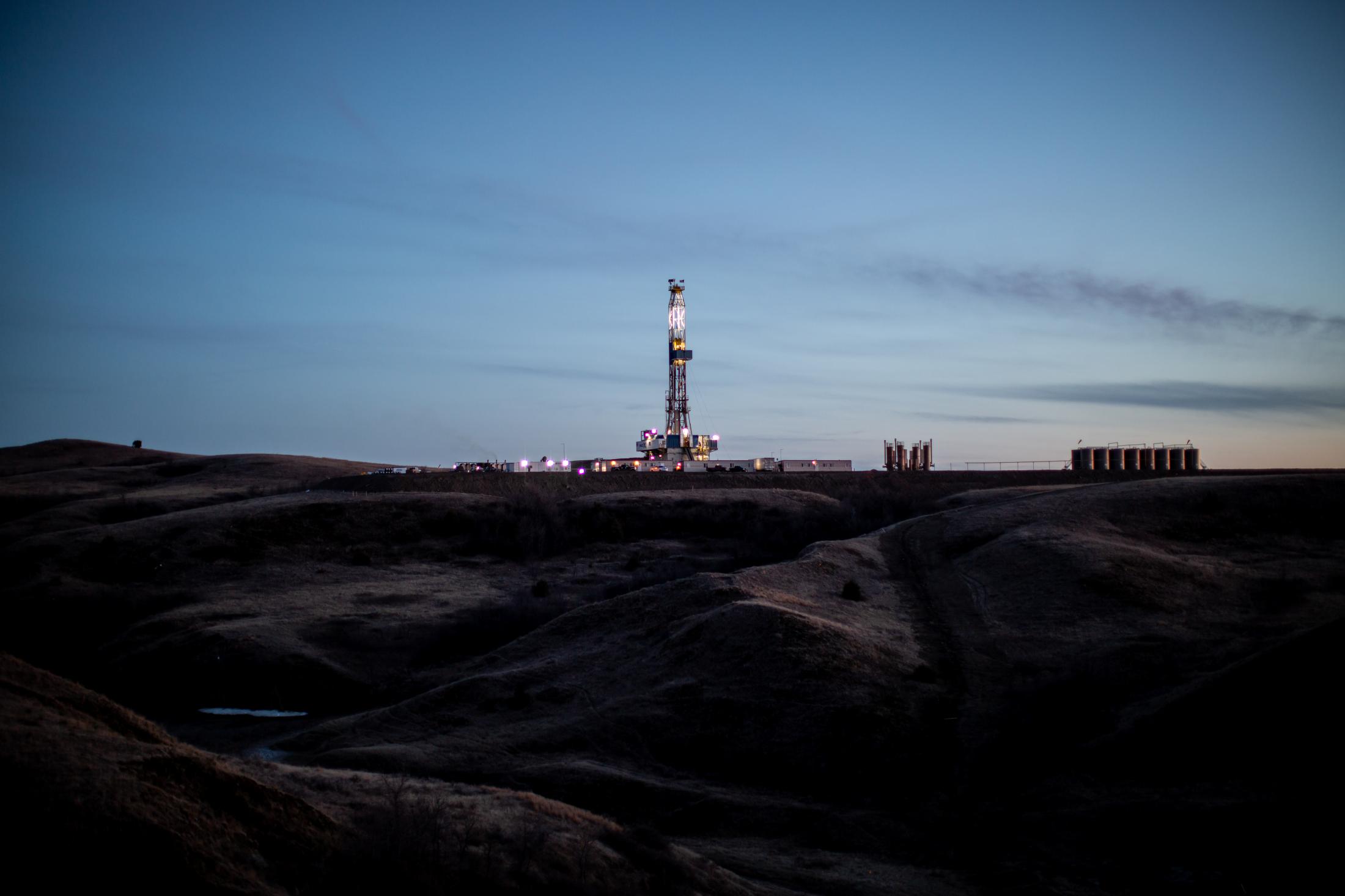 4/7/15- North Dakota - A derick stands in the middle of a rural field; the dericks are used to drill and push casing pipes deep into the ground to pump oil. 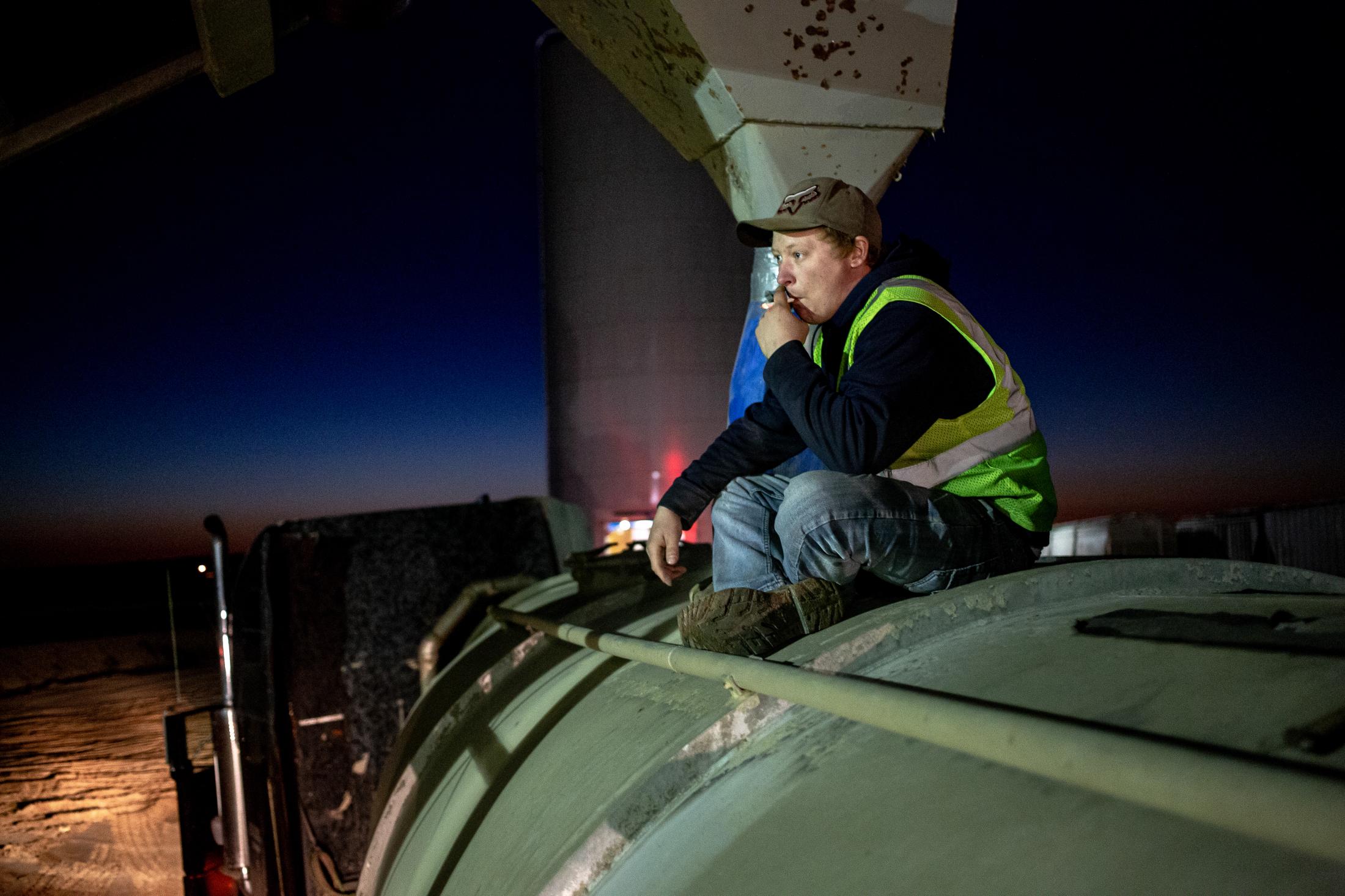 9/5/14- North Dakota - Sitting on truck sand can, a young worker looks out to watch equipment as frac sand fills the truck. This young worker was later found to be using drugs while on the job and fired for endangering other workers. Meth has become a pandemic in The Bakken, its popular with men that work long hours in the oil fields. 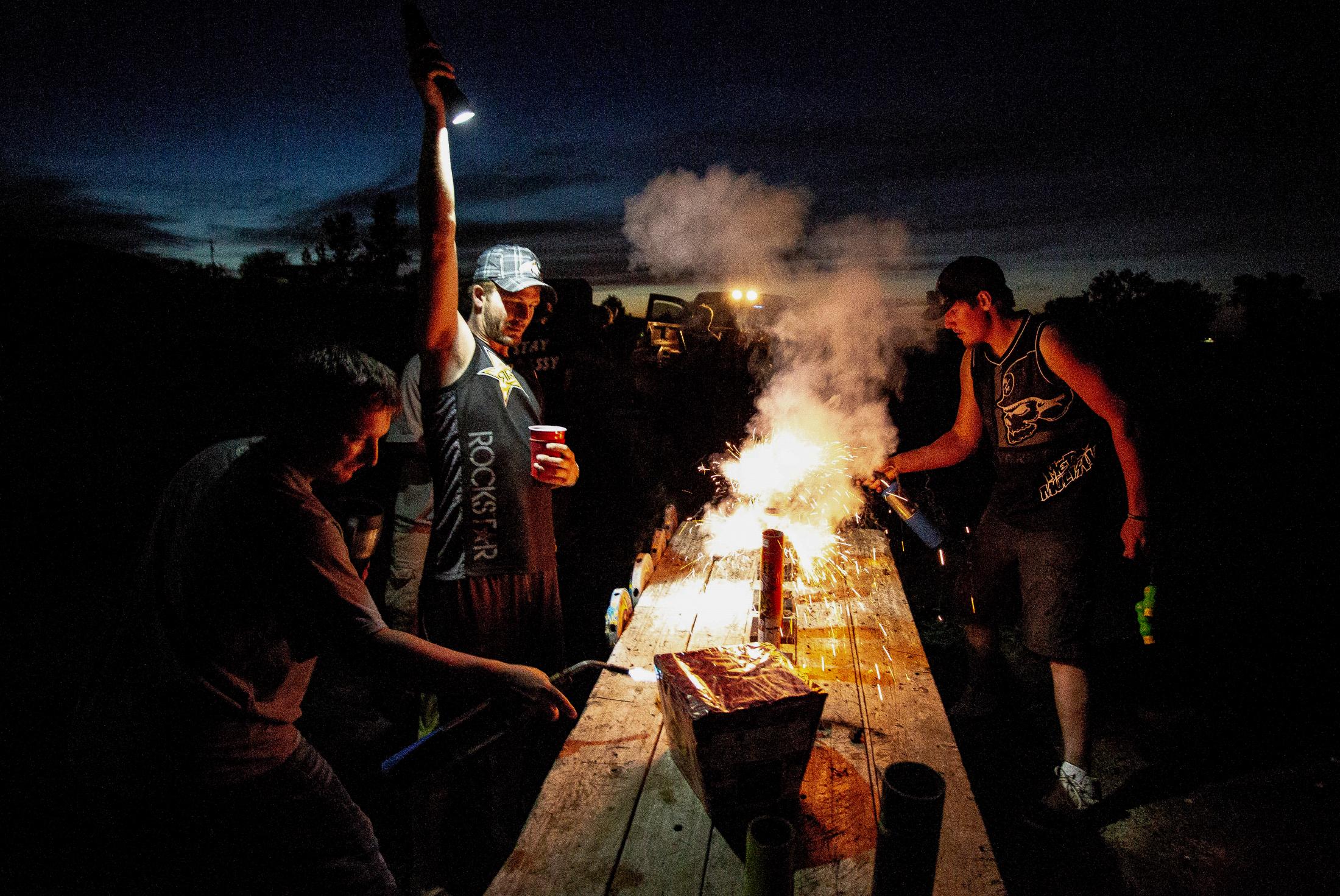 7/4/14- North Dakota - A group of men lights fireworks during the Fourth of July celebration at a local farm. Many of these men will miss celebrating holidays with their families for the extra pay. 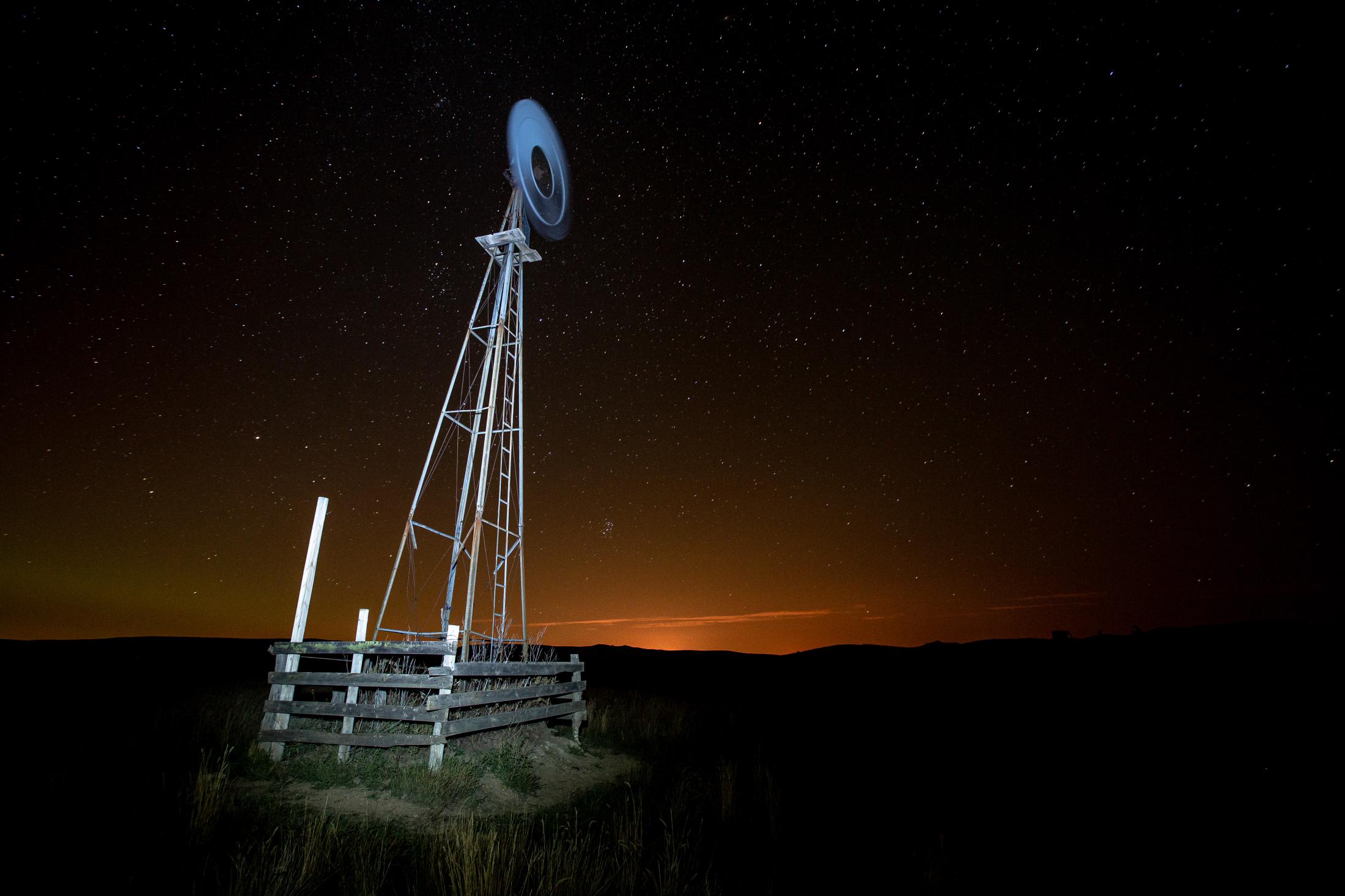 9/23/14- North Dakota - Orange lights aluminate the night sky. The source from this light is thousands of natural gas flames. These flames are located on well sites producing oil and burn the gas instead of collecting it. 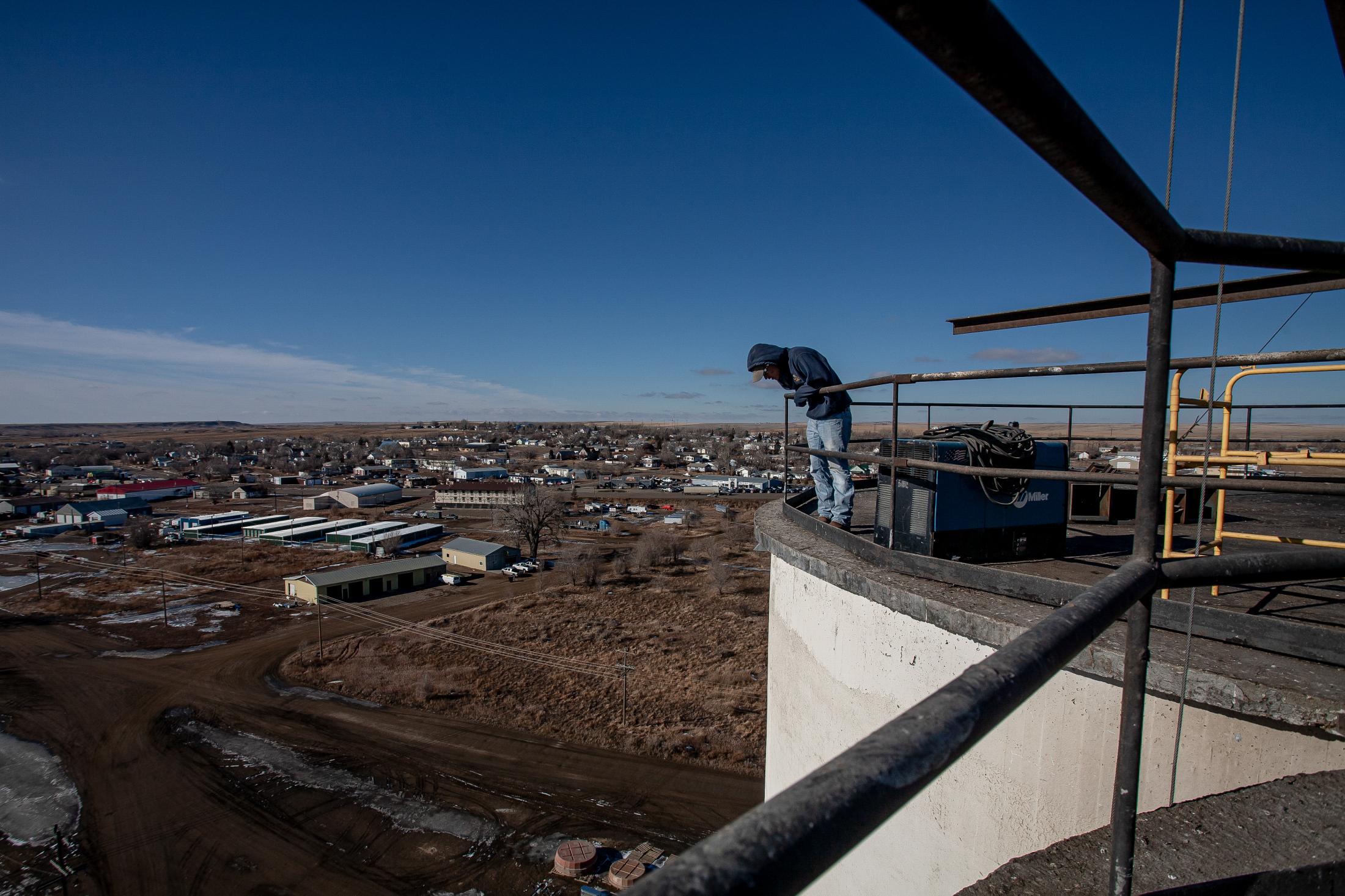 2/20/14- North Dakota - A Sioux grain worker looks down from a grain silo next door to a frac sand storage lot. With little opportunities on the Wolf Point reservation, oil field work is a desired occupation. 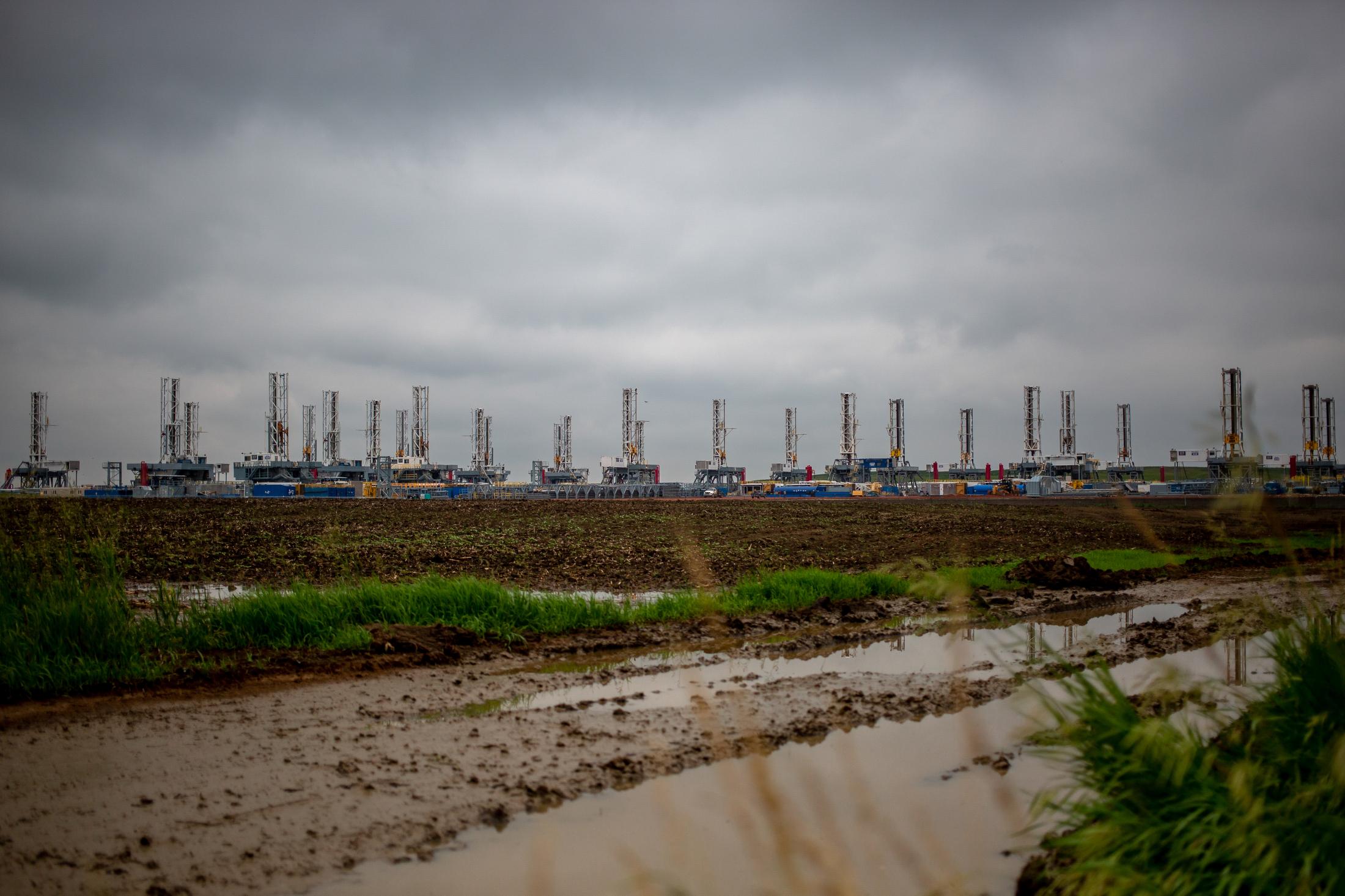 7/1/15- North Dakota - An army of derrick is staged to be transported or stored in the late months of the oil boom. Without warning fracing companies started laying off workers and shutting down production. The price of oil has dropped significantly and cost more to drill than to profit.